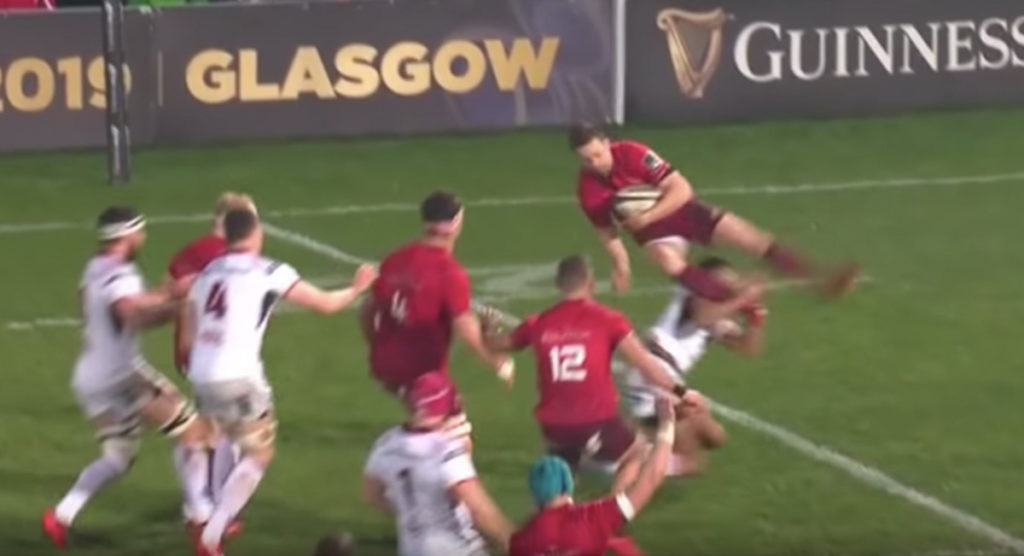 In what might go down as the quickest yellow card in history, Ulster’s Robert Baloucoune took less than 5 seconds to take out Munster’s Darren Sweetnam at the opening kickoff of their PRO 14 clash. While he appeared to simply be overzealous, he was fairly lucky it wasn’t red.

Undoubtedly, nerves got the better of Baloucoune as he was playing in his first interprovincial derby. He’s only been with the senior side for a short time as he made his debut against the Dragons in October.

He’ll hope to forget his opening moments of this match, however, as he honed in like a missile for Sweetnam’s legs on the very first play, flipping the winger and leaving the crowd groaning in frustration.

After a review of the TMO, the referee decided that yellow was the appropriate course of action.

There were those saying the situation called for a red card and that Baloucoune and Ulster were indeed lucky they didn’t start even deeper in the hole. Speaking of the moment, former coach Eddie O’Sullivan said: “He’s one lucky boy. I’ve seen red cards for less – by the letter of the law he should be gone.”

The good news for Baloucoune is that he appeared to get the nerves sorted early on before scoring a second-half try to help lead Ulster to a 19-12 home victory. They remain second behind Leinster in Conference B of the PRO 14.