Use of Homophobic Language ever present in rugby, new study reveals 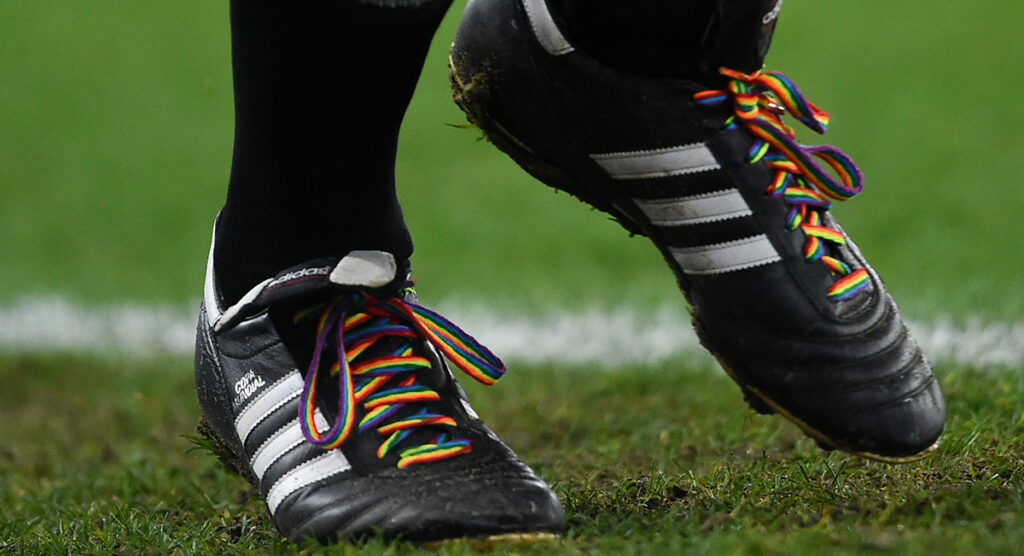 Almost half of male rugby players admitted to recently using homophobic slurs while over two-thirds had heard team-mates use similar language, a new study has revealed.

In what is believed to be the first study of its kind in the United Kingdom, researchers have examined the reasons behind the use of homophobic language in sport.

Gallagher Premiership rugby club Harlequins and The Harlequins Foundation have partnered with experts from Australia’s Monash University to conduct the study. The findings will be used to develop effective, evidence-based programmes to stop the use of slurs and derogatory jokes about gay and bisexual people in all sports.

The findings have been released as Harlequins prepare to hold the world’s first ever rugby union LGBTQ+ Pride themed fixture on Saturday 15 February 2020, hosting London Irish at the Twickenham Stoop (kick off 15:00).

• 69% of male rugby players heard their teammates using slurs such as fag or dyke in ‘the last two weeks’
• 42% of these players admitted to using this language themselves in the same time period
• 67% have at least ‘one’ close gay friend and 69% want the language to stop
• Player reported language is motivated by peer pressure, and typically used to get a laugh out of others, or ‘fit in’ on their team

The study analysed data collected from randomly selected rugby clubs in the South of England in January and February of 2020. It found that the majority of male rugby players (69%) had heard their teammates using slurs such as fag or dyke in the last two weeks, while 42% of players admitted to using this language themselves in the same time period.

“It is surprising to see a near total disconnect between the homophobic language being used by rugby players, and their attitudes to gay people,” said Erik Denison, one of the researchers leading international studies on this issue. He is with the Faculty of Education at Australia’s Monash University.

“Most rugby players say they use the homophobic language to get a laugh out of others, or fit in on their team, and it seems they don’t realise how harmful this language is to gay people, or to the team culture generally. It was very interesting to see most want the language to stop being used, but don’t realise everyone else on their team feels the same way.”

Harlequins is the first professional rugby team to host a LGBTQ+ Pride themed match. The fixture is designed to be a celebration of diversity within a sport known for acceptance and progress.

The Club is working to educate about the impact of language, which is often thoughtless, and making it a focus of this weekend’s fixture featuring through a variety of activations with partners at the Twickenham Stoop. Harlequins will also continue to work with Monash University to develop programmes that can be delivered in the 2020/21 season.

Harlequin FC partnered with researchers from Monash, Australia’s largest university, which is leading studies in multiple countries focused on understanding homophobic and sexist language in sport, and developing evidence-based programs to stop this behaviour.

This is the first time a study like this has been conducted in the United Kingdom. 275 male and female rugby players, ages 16 – 42, from eight randomly selected rugby clubs in the South of England completed surveys prior to normal training in January and February.

Random selection, and participation by all rugby players at training at the time of the survey, means the results are a good representation of rugby culture in the South of England, a relatively progressive area of the country. Focus groups will also be held next month.

The preliminary results from these surveys are being released prior to the Harlequins LGBTQ+ themed Pride Game.

Homophobic language is harmful to everyone because it creates negative team environments that turns kids off sport. A recent UK Parliament Inquiry into Homophobia in Sport had “serious concerns” about the mental and physical health harms from this language to LGBT youth, including low sport participation rates among gay and bisexual boys, who play team sports at half the rate of other boys.

Research by Sport England found girls avoid ‘traditionally male’ sports like rugby because of stigma (reinforced by jokes about gay people) that only ‘lesbians’ play the sport.

Research has found LGBT kids exposed to homophobic language are more likely to experience depression, anxiety, and twice as likely to self-harm as those not exposed to this language. LGBT youth are 4-5 times more likely to report attempting suicide in the past year than heterosexual youth.