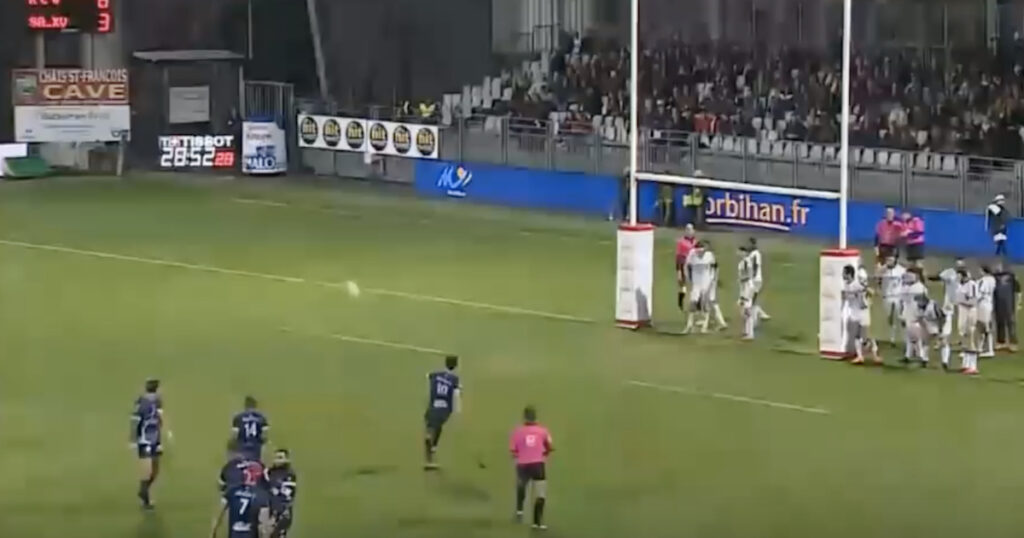 Everyone loves a cheeky try, but in the case of Vannes’ fly-half Christopher Hilsenbeck, it was a little too cheeky in their narrow Pro D2 victory over Angouleme at the weekend.

We’ve all thought about it, but this guy actually did it. Awarded a penalty deep in the 22, Vannes elected to “go for goal” while 11-3 up in the first half. It would have been an easy kick for Hilsenbeck, but the out half had other ideas and, seeing the opposition huddled behind the posts – and therefore not defending the wings – deliberately missed his attempt and created a bizarre try.

Except, it wasn’t to be. Despite the ball being gathered and touched down by Pierre Popelin, Vannes were pulled back and the try was disallowed, handing Angouleme a scrum to clear their lines.

It appears as though the referee Herve Lasausa Lespy Labaylette hauled Vannes up on the grounds of going against the spirit of the game rather than any precise laws, although World Rugby does refer to law 8.20 stating that a penalty kick taker needs to at least kick at goal.

This blatant attempt to create a try could perhaps have been orchestrated slightly better so as not to get the attention of the officials so easily.