Veteran prop Ben May escaped carding for a sneaky punch, but the disciplinary panel got him 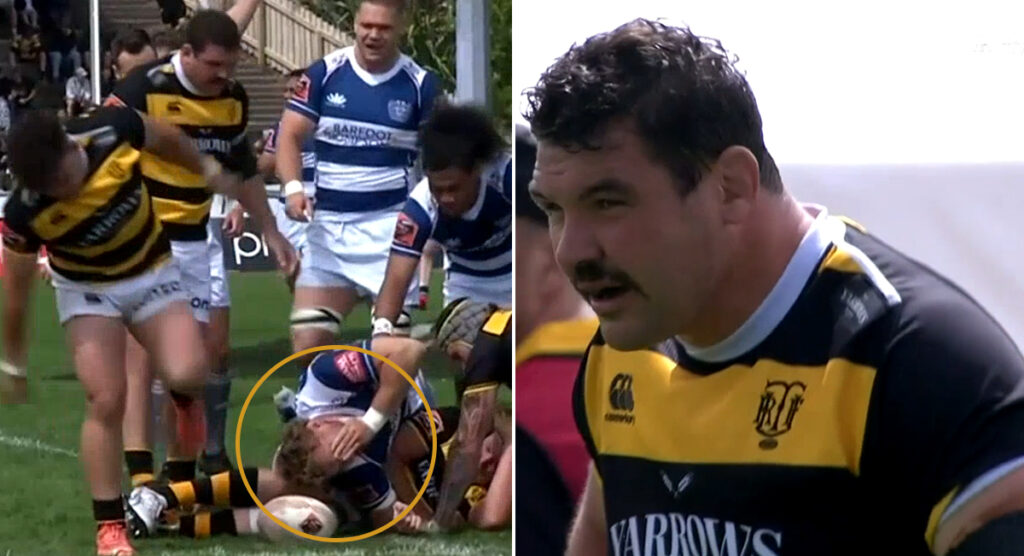 Taranaki prop Ben May was cited for allegedly punching an opposition player in his team’s Mitre 10 Cup match against Auckland on 10 October.

May reached through a ruck and struck Blake Gibson in the face, causing a bit of damage.

Somehow, referee James Doleman and his TMO couldn’t see it clearly when reviewing. They thought hooker Ricky Riccitelli made contact with Gibson’s eye, but couldn’t see that clearly, so May escaped onfield punishment.

He was later cited, and at the judicial hearing, it was agreed that the offence was more appropriately dealt with as a breach of Law 9.20, for making contact with an opponent above the shoulder in a ruck.

May admitted to this breach and the mid-range sanction of a four-week suspension was reduced to two weeks as there was no serious injury to the opposition player, May showed remorse and has good judicial record over his extensive career.

May will miss this weekend’s Taranaki match against Southland and their fixture against Waikato.

Slade McDowell was red-carded in Otago’s Ranfurly Shield defence on 4 October for a high tackle that made direct contact with the opponent’s head.

At a hearing, the Judicial Officer found that the offence was not deliberate, but reckless with a starting point sanction of six weeks. The sanction was reduced to three weeks on account of McDowell’s clean judicial record, remorse and acknowledgement of wrongdoing.

McDowell missed Otago’s match against Wellington and will also be side-lined for their fixtures against Counties Manukau and Northland.

Vilimoni Koroi received a yellow card in the same match for making contact with an opposition player in the air and was subsequently cited for the incident. The Judicial Officer dismissed the citing and revoked the yellow card, deeming no fault lay with Koroi in the incident.

Veteran prop Ben May escaped carding for a sneaky punch, but the disciplinary panel got him | RugbyDump - Rugby News & Videos