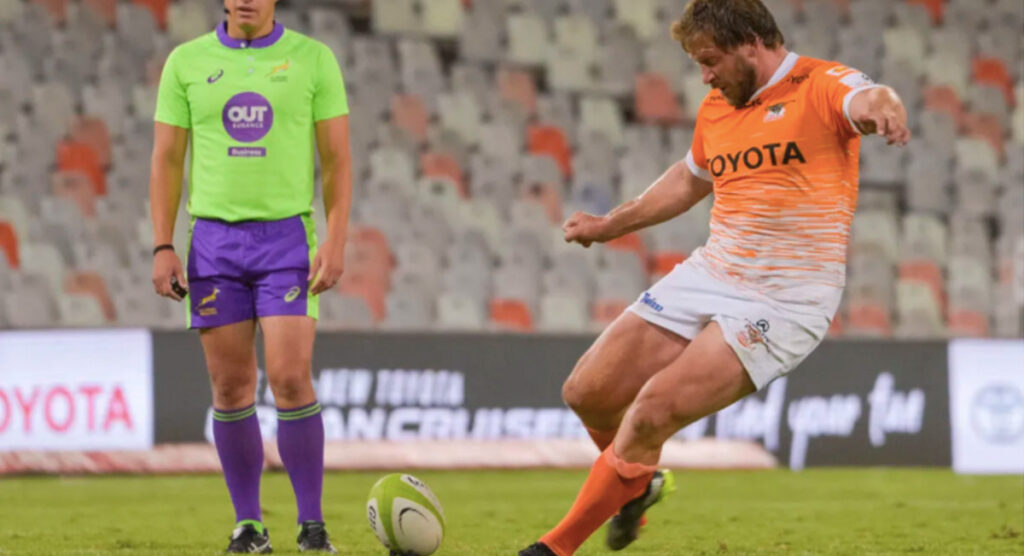 Frans Steyn has proven time and again that he possesses one of the strongest boots in the history of the game. He’s made a career out of slotting kicks from 60 metres that seem almost effortless. His latest attempt was a match-winner from a mere 40 metres that easily had another 20 to spare.

The Sharks held a slim two-point lead in the last minute. However, ill-discipline gave way to three penalties, giving Steyn yet another chance at last-minute heroics.

40-metre penalty to win the game and Frans Steyn slots it with an extra 20 odd metres on it. 🎯 pic.twitter.com/0p58PPjoUk

He showed just a few months ago how powerful a weapon he still is, blasting this one from 64 metres with barely a run-up.

And who could forget this monumental drop goal against Clermont 11 years ago.

Perhaps the NFL could be in his future after rugby.