Wales cut loose in Rome for unbelievable second half against Italy 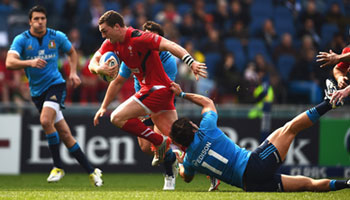 Wales produced an unbelievable second half performance against Italy as they chased the Six Nations title, attempting to rack up as many points as possible in Rome. Leading just 14-13 at halftime, they ended up winning 61-20, putting them in a strong position.

It was a day of mixed emotions for Welsh fans, as they ended up coming third overall, with Ireland in winning and England coming second, within a converted try of snatching the championship.

Despite not managing to get into pole position, Wales coach Warren Gatland has backed his side to get out of Rugby World Cup’s Pool A ‘pool of death’, that includes England and Australia.

“If we’ve got the players fit and available we’re good enough to come out of that group and even to the win the World Cup. We have momentum and all the confidence that goes with that”, he said.

“We won’t be going into the World Cup with any fears of not qualifying from our group.

“There is no fear about playing England at Twickenham or Australia as well because we know we will be in good shape as long as everyone stays fit and clear of injuries. We can go there with some real confidence and belief that we can get out of our group.

“You have sides ranked fourth, fifth and sixth in the world, so that shows how tough it is to get out of that group, while Fiji with preparation will be tough as well. It is unfortunate that you are going to have one of the big teams not making the quarter-finals. That’s what has happened to us and we are confident we can get out of that group and progress to the quarter-finals,” Gatland added.