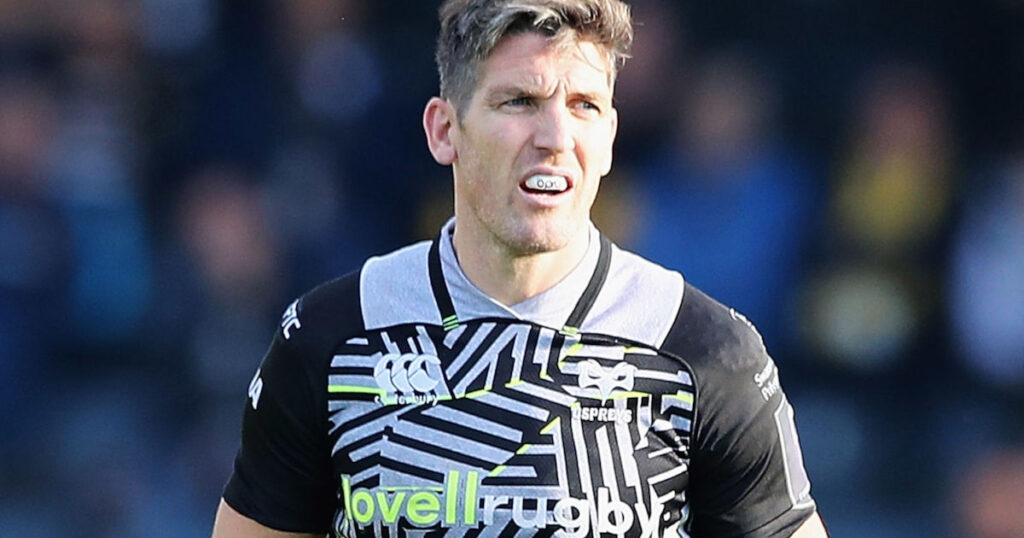 Former Ospreys and Wales out-half James Hook will hang up his boots at the end of the season, ending a glittering 16-year career.

The 34-year-old, who plied much of his trade with Neath RFC and subsequently the Ospreys until moving to Perpignan, earned 81 caps for Wales and toured South Africa with the British and Irish Lions in 2009.

His first international appearances came in the Welsh Sevens squad, playing a key role in the 2006 Commonwealth Games in which he scored a try in the Plate Final against South Africa.

After two World Cups, Hook then swapped France for Gloucester, where he played 78 times and scored 294 points in three seasons. A further stint at the Dragons followed before he made the decision to retire, which he announced online.

Hey Guys, Just want to let you know that I’ll be retiring from the game of rugby that I love so much, at the end of this season. I’ve been privileged to do what I love for so long. Never in my wildest dreams, starting out as a 5 year old playing for Aberavon Quins, did I think I’d experience what I have in the game. Rugby has given me so many incredible experiences which has allowed me to travel and live in some of the best places. Every team I have played for since the start has shaped my journey and given me incredible memories that I will always treasure. I have so many people to thank. Firstly, my teams. Thank you @aberavonquins125, @aberavonrfc, @tatasteelrfc, @neathrugbyofficial, @ospreys_official, @usapofficiel, @officialgloucesterrugby, @barbarians_fc, @welshrugbyunion and the @britishandirishlions Massive thanks to all the fans who supported me throughout the highs and lows of my career. I’m truly grateful and have appreciated your support so much. Thank you to the people who have made my dreams possible – my teammates, coaches, backroom staff, parents, Grandparents, brother, sister, my in laws, along with my friends, sponsors and my agent Derwyn. Lastly, but by no means least, thank you to my amazing wife Kim, and our three sons – you’ve been my rock and constant, lived it with me and backed me every step of the way. It’s been an unbelievable ride and I’ll attack my next adventures in the same way that I always approached the game, and that is – play what’s in front, take a few risks, and do it all with as much positivity as I can possibly bring. Thank you 🙏 x

Hook has said that he has been “overwhelmed” by the support received since announcing his retirement earlier this week, and the former international appeared on the Rugby Pod to discuss some of his future options, which include coaching and becoming a full-time children’s book author.

He has already begun his Level 3 coaching course and believes he has a lot more to give the young players coming up the ladder.