Wales vs England - Preview to the big Six Nations opener 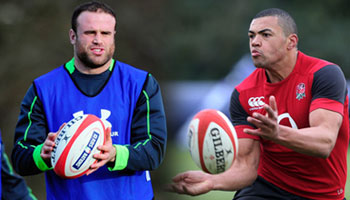 The drama is building for the opening match of the Six Nations, which perhaps more significantly, is also the first match of top tier Test rugby in this, the year of the Rugby World Cup. England will be out to avenge their last visit to Cardiff, a loss back in 2013.

England’s last trip to Millennium Stadium, in which Wales achieved a record win of 30-3, is central in the thinking and preparation of both teams, but is also totally irrelevant. “We learned a lot that night, about pressure,” said coach Graham Rowntree earlier this week. “The guys that weren’t there that night have learned a lot from the guys who were there.”

The set-piece, breakdown, discipline and goal-kicking will be important as always but let’s take a quick look at three factors unique to this crunch clash between the old foes.

With the exception of a Jonny May try against the All Blacks, England have been slow to start in their November internationals. Whether it’s by conceding a penalty and/or points (Samoa), or blowing a try scoring opportunity (Australia and South Africa) the momentum of the opening 20 minutes has not been with England in their last four matches.

Keep in mind that England are away from home and should they struggle to get off to a good start, Wales at home with Millennium Stadium behind them will prove an almighty challenge.

England’s injury list has ballooned in recent weeks with Owen Farrell, Manu Tuilagi, Ben Morgan, Courtney Lawes, and others. Warren Gatland played down the importance of it stated, “You don’t allow that [to affect preparations]. They’ve got a huge amount of depth… and a lot of quality players to come in too”.

Wales are fielding an experienced centre pairing of Jamie Roberts and Jonathan Davies. With 107 caps between them (plus 6 combined Lions caps). In sharp contrast, England’s Luther Burrell and Jonathan Joseph bring just 13 caps to the table.