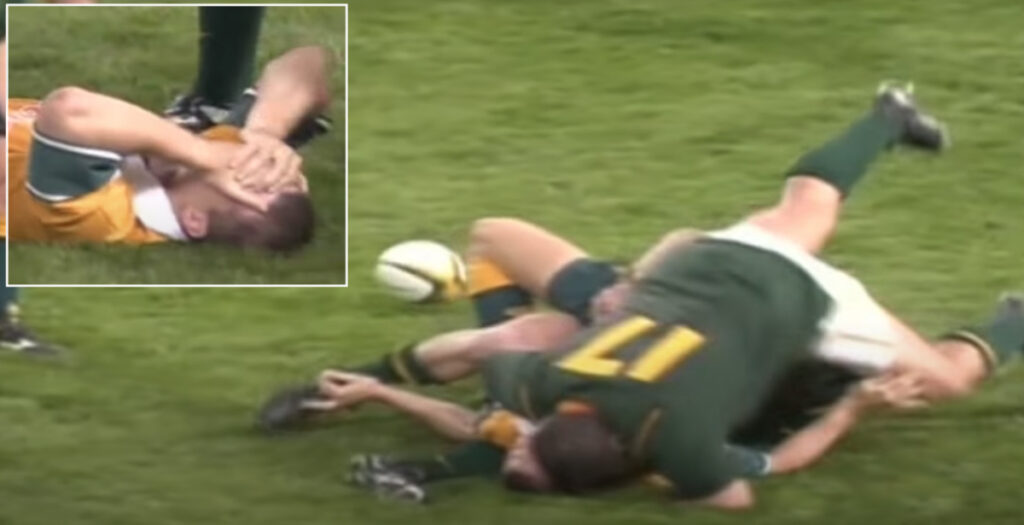 Former Wallabies winger Ben Tune suffered a horrendous ankle injury while playing against the Springboks in the 2000 Tri Nations in Durban.

The Queensland Reds speedster came on as a substitute for Joe Roff in the dying minutes of the game and knocked the ball on with his first touch.

The referee didn’t blow up immediately and to his credit Tune played to the whistle and ran hard at Springbok forwards Warren Brosnihan and Ollie le Roux.

Tune was smashed back in the collision which left him rolling around in agony with serious ankle ligament damage, just after he’d returned from a similar injury sustained in Super 12.

Tune scored an impressive 24 tries in 47 Test matches for Australia and was named on the right wing in the Wallabies Team of the Decade between 1995-2005. He also scored a try in the final of the 1999 World Cup final against France.