Wallabies flanker gets hefty suspension after red card on debut 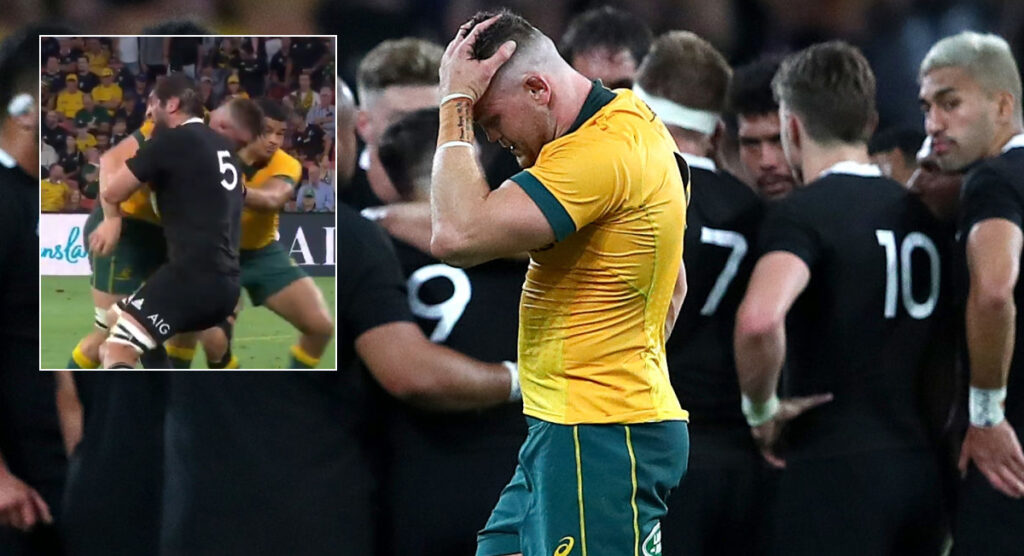 Wallabies flankerLachlan Swinton has been suspended following the much talked about red card he received in Saturday’s match against New Zealand in Brisbane. Swinton was the second sending off of the match, that Australia went on to win 24-22.

The SANZAAR Foul Play Review Committee accepted a guilty plea from Lachlan Swinton for contravening Law 9.13: A player must not tackle an opponent early, late or dangerously, when he made high contact with Sam Whitelock after a restart just 33 minutes into the game.

🚨 Anddddd….. we’re back to square one

Swinton has been suspended from all forms of the game for 4 weeks, up to and including Saturday 6 February 2021.

“Having conducted a detailed review of all the available evidence, including all camera angles and additional evidence, including submissions from his legal representative, Maryjane Crabtree, the Foul Play Review Committee upheld the Red Card under Law 9.13.

“However, taking into account mitigating factors including the fact the Player has pleaded guilty at the first available opportunity, the Foul Play Review Committee reduced the suspension to 4 weeks. The Player was not entitled to a full 50% reduction due to the presence of two prior offences on his record.

“The player is therefore suspended for 4 weeks, up to and including Saturday 6 February 2021.”