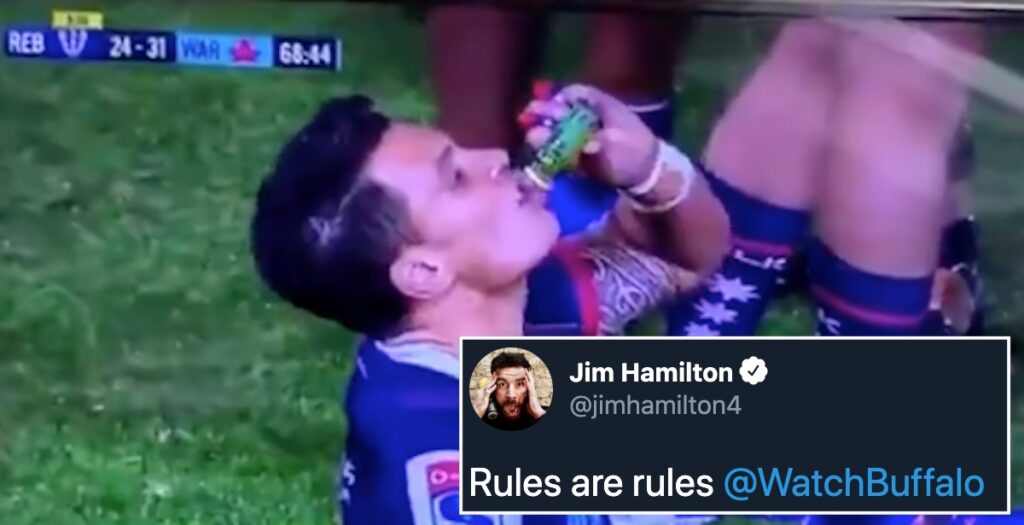 Wallabies playmaker Matt Toomua was caught adhering to the international drinking rules during Saturday’s Super Rugby clash against the Waratahs.

The Melbourne Rebels centre was taking a supplement during a stoppage in play and after drinking with his left hand, tapped the bottle against his chest before giving it back to the physio.

Whether it’s just habit or a joke with the medical team, it certainly caused a few jokes on social media.