WATCH: 1998 Springboks host Ireland in one of history's dirtiest EVER games 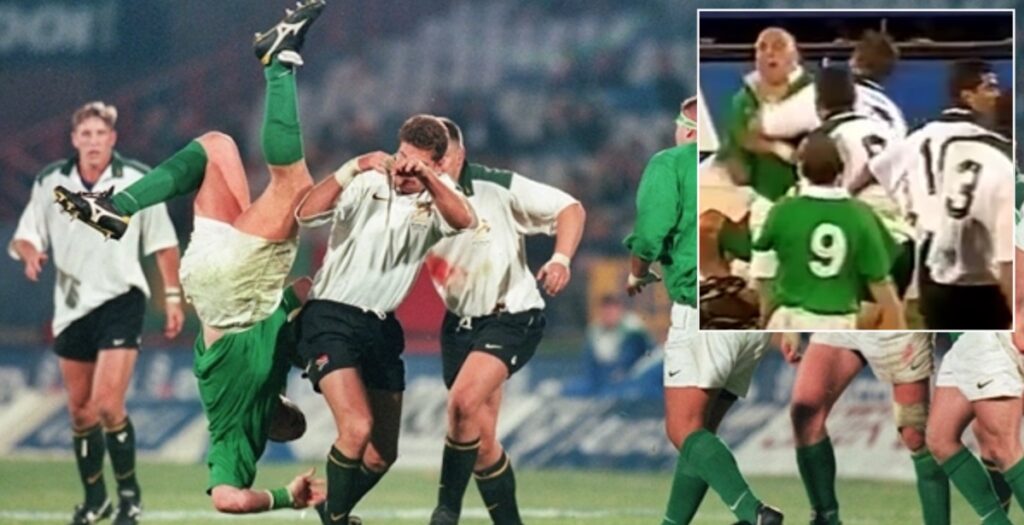 The second Test match of Ireland’s tour to South Africa in 1998 is remembered for being one of the most physically bruising and feisty in history.

The first Test set the tone after Keith Wood hit South Africa’s captain Gary Teichmann in the jaw and the second game in Pretoria was ugly from the first to the final whistle, so much so that neither team are thought to have spoken post match.

Star players including Joost van der Westhuizen, Keith Wood, André Venter, Rassie Erasmus and Mark McCall were all involved in the relentless foul play throughout the game at Loftus Versfeld.

Amazingly just the one yellow card was awarded to Springboks lock Krynauw Otto in a game which by modern standards would have very few players left on the pitch.

After the full 80 minutes it was South Africa who prevailed 33-0 to secure a 2-0 Test series and the Irish are yet to win a series against the Springboks, having only ever won one game in South Africa.

*Due to age restrictions, the following video can only be viewed on YouTube, but it’s worth it.