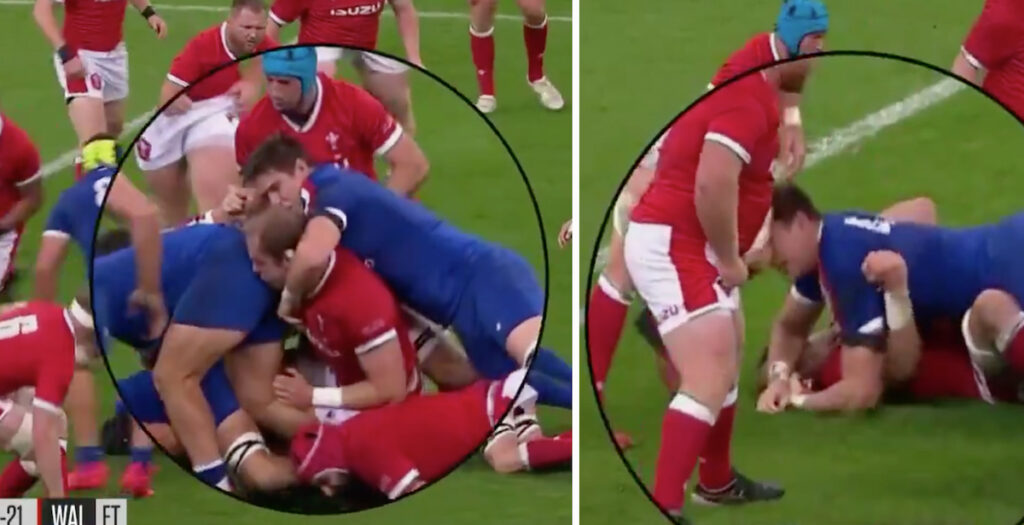 French lock Bernard Le Roux has come under serious scrutiny after being called out for a potential cheap shot on Wales captain Alun Wyn Jones on Saturday night.

The Racing 92 forward cleared out the Welsh legend at a breakdown in the first half but appeared to have his arm around his neck as he drove through the ruck.

The 31-year-old then pushed Jones to the ground and followed through with his right forearm and elbow to the face of the Welshman.

The challenge was picked up by former Wales captain Gareth Thomas after the game and the reaction on social media suggests Le Roux was lucky to escape any punishment.

🤨 Is this a bit naughty from Bernard Le Roux?

Le Roux was born in South Africa and joined Racing 92 in 2009 before making his debut for France three years later.

Bernard Le Roux clearing AWJ out around the neck and then dropping the forearm on his face as they hit the deck.

Surprised that was missed.

Despite this questionable challenge on Jones, the French went on to beat Wales 38-21 at Stade de France and full match highlights are available below: