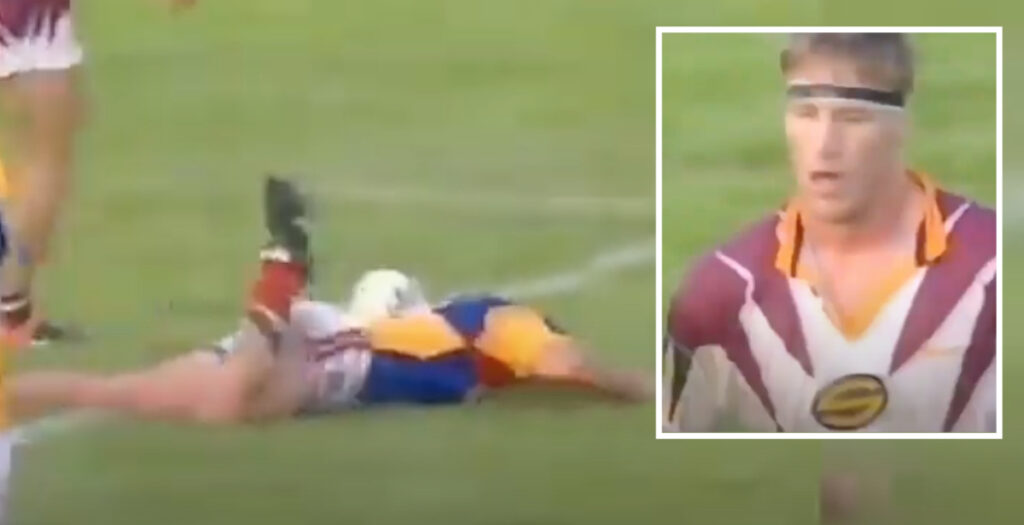 Archive footage has emerged of All Blacks legend Brad Thorn receiving a straight red card for a viscous clothesline tackle during his early rugby league years.

The 6ft 5” lock began his career playing league with Brisbane Broncos in the mid-90s before switching codes at the turn of the century to join the Crusaders.

His size made him an enforcer on the field with his physicality, which is highlighted by this monstrous challenge which almost decapitated his opponent, leaving him motionless on the floor.

Thorn earned 59 caps for the All Blacks and was part of the team that lifted the 2011 World Cup in New Zealand. His illustrious career included five Bledisloe Cup wins, three Tri-Nations, a Heineken Cup and a Super Rugby title.