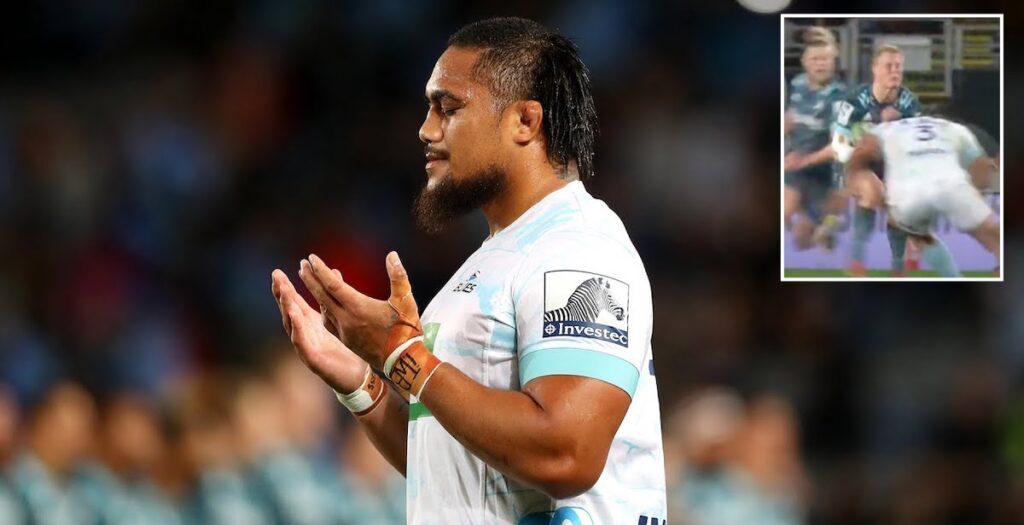 All Blacks prop Ofa Tuungafasi put in a monstrous tackle on Highlanders winger Sam Gilbert in round three of Super Rugby Aotearoa on Saturday.

Gilbert took the ball at pace but ran straight down Tuungafasi’s channel and was stopped dead by he 130kg prop.

It was Gilbert’s first touch of the ball in the opening 10 minutes of the game at Eden Park and the whole crowd felt the full force of the tackle.

The Blues went on to win the game 27-24 meaning they’re now three from three in Super Rugby Aotearoa with the Crusaders in Christchurch next on the list.

Tuungafasi has represented the All Blacks 35 times since making his debut in 2016 and the 28-year-old is likely to surpass 100 Super Rugby appearances in the coming years with more than 80 to his name already for the Blues.