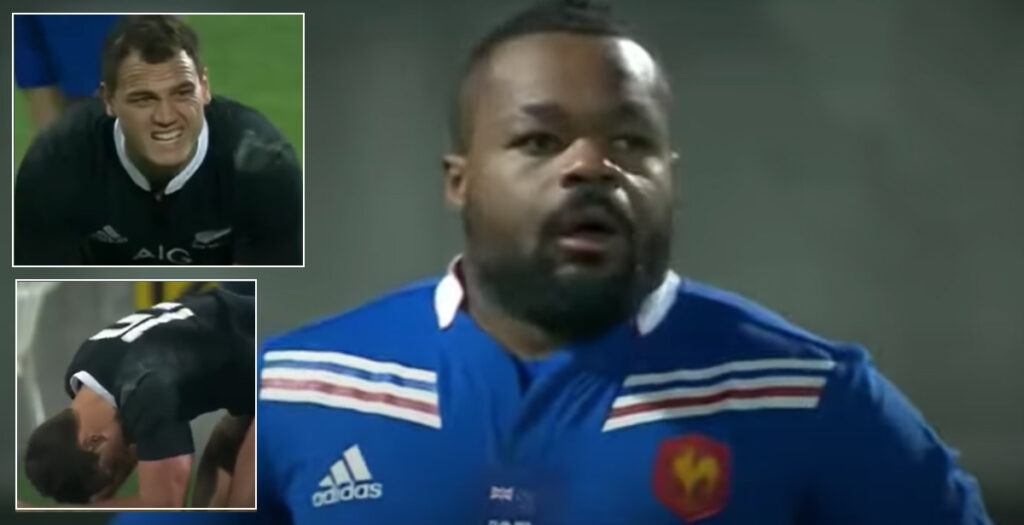 Dagg was smashed by the 120kg centre as he attempted a pass late on in the game at Yarrow Stadium in New Plymouth and the All Blacks full back took a while to get back to his feet.

Bastareaud came off the bench in the third Test match of the tour and it only took him four minutes to leave his mark on Dagg.

Despite the impressive shot from the Frenchman it was the All Blacks who went on to win the game 24-9 and complete a 3-0 series win for New Zealand.