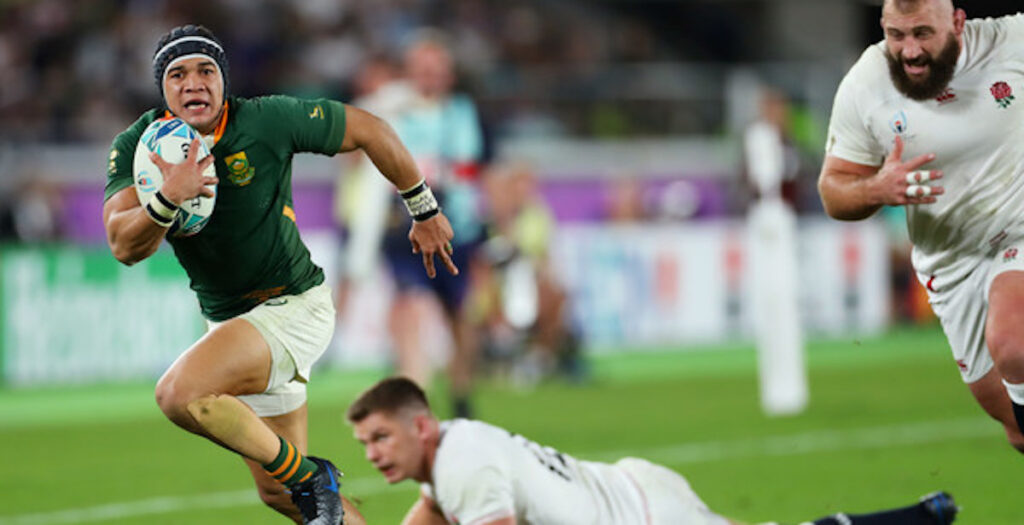 One of the most talked about players in world rugby is South Africa’s little man Cheslin Kolbe.

The former Stormers full back made a big noise in the Top 14 with fabulous performances for Toulouse which got himself in the Springbok squad for last year’s World Cup in Japan.

The 26-year-old lit up the tournament and scored an iconic try in the final against England in October.

Standing at just under 5ft6” the little powerhouse catches the eye with his footwork and acceleration and since making his debut in 2018, Kolbe has earned 14 caps for South Africa scoring eight tries in the process.

Kolbe was also a member of South Africa’s sevens squad that won bronze at the 2016 Rio Olympics and remains one of rugby’s most exciting players.

Here is a three-minute montage showing some of his most impressive moments for both club and country: