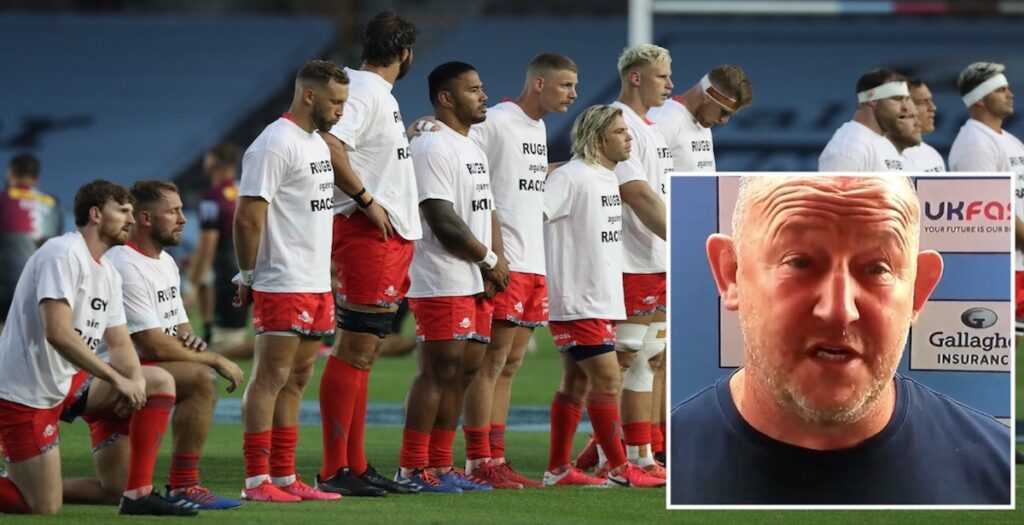 Sale Sharks boss Steve Diamond has expressed his disappointment at the lack of support his players got for the death threats they received during the week.

The director of rugby appeared irritated during Saturday’s pre-match interview against Bristol having been asked about the 180-minute rule, which was brought in to protect players during the congested fixture calendar as a result of COVID-19.

Sale winger Denny Solomona was forced to come off just before half time to adhere to the ruling and Diamond was upset that his players weren’t also supported after receiving the threats.

Steve Diamond upset by lack of welfare support for his players off the pitch. pic.twitter.com/tR12CY9Ikv

“I’ve got no dramas with Denny playing his maximum minutes but let me tell you, these lads don’t want to come off,” said Diamond.

“They don’t want to adhere to this 180-minute rule but we do for player welfare. I’d just like the same player welfare to come in when they’re receiving death threats.”

Premiership Rugby allowed every club to decide individually how they show their support for the Black Lives Matter campaign after games returned and Sale’s players have all worn anti-racism t-shirts prior to matches.

However Sale’s South African players were criticised by the country’s sports minister for not ‘taking the knee’ and former England winger Marland Yarde later spoke out about the “totally unacceptable” death threats his South African teammates had received.

Despite the negativity off the field, Sale went on to win Saturday’s game against Bristol 40-7 at the AJ Bell Stadium and reach second in the Premiership.