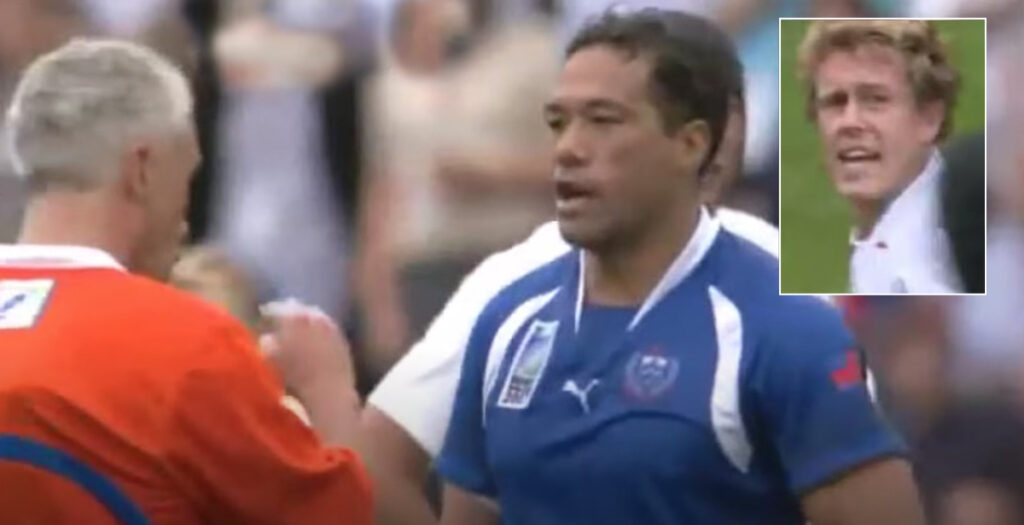 Iconic Samoan centre Brian ‘The Chiropractor’ Lima put in the last big shot of his career on England star Jonny Wilkinson during the 2007 World Cup.

Lima hit Wilkinson high around the head/neck area in the second half at Stade de la Beaujoire in Nantes resulting in a penalty for the defending champions.

Wilkinson looked upset by the challenge, which would likely be a red card in today’s disciplinary climate, while Lima got away with just a telling off from the referee.

England went on to win the pool match 44-22 and it turned out to be Lima’s last ever game of professional rugby after he was later cited for the challenge on Wilkinson, ruling him out of Samoa’s final match of the tournament.

Lima represented Samoa at five World Cup tournaments and was notorious for putting in massive hits throughout his 17-year-career. The following montage highlights some of his biggest and most brutal tackles: