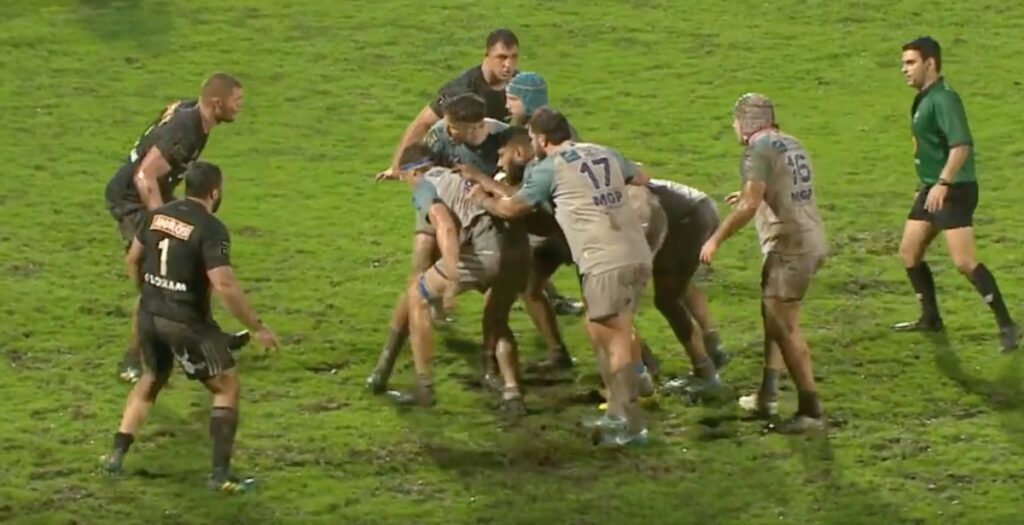 Bayonne were awarded an unusual line out penalty in Saturday’s Top 14 game against Brive.

With just five minutes left on the clock Bayonne set up a rolling maul at a set piece but Brive decided not to commit any men.

This resulted in a standoff with Brive players watching the Bayonne pack creep forward unopposed until one player couldn’t resist the urge to make contact.

The referee then rewarded a penalty to Bayonne who were on the attack and they converted a kick at goal to take a late lead.

Despite the controversial call, Brive came back to level the game in the final play and end the game 6-6 at Stade Jean Dauger.