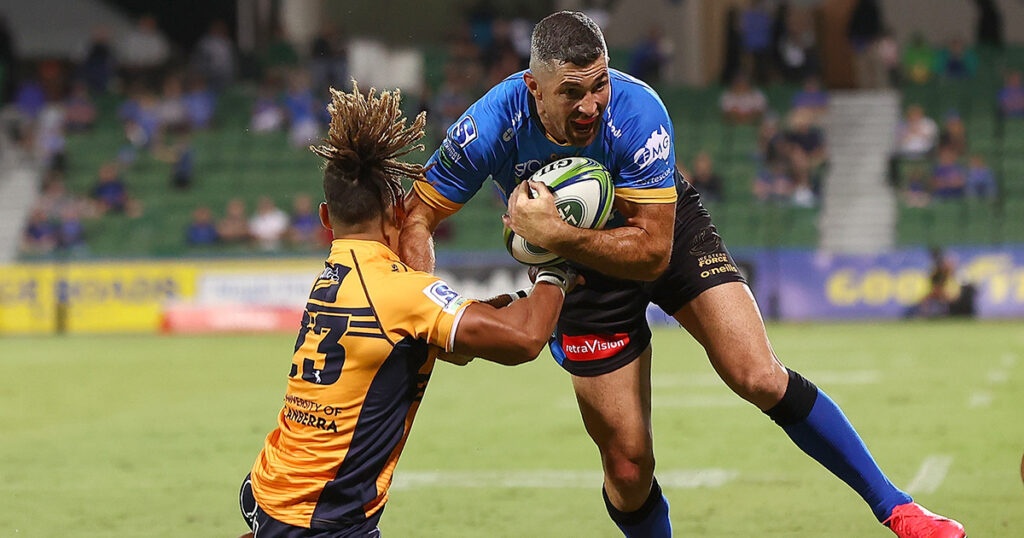 Ireland and Leinster legend Rob Kearney made his Super Rugby AU debut for the Force in front of 10,000 fans in Australia this past weekend, putting in a solid shift and looking like his ever reliable self at the back.

Kearney started at fullback for the Force in Perth against the Brumbies, and while the night didn’t go to plan results wise, the 34-year-old was pleased to have got his debut under his belt.

“Delighted to have made my super AU debut with the @westernforce last night – not the result we wanted but I’m sure we’ll have some great days ahead.”

Just minutes into the match, he got his first touch, bumping off a would-be tackler with ease.

There were of course a number of comfortably taken high balls, and we even got treated to a delightful banana-kick downfield that also impressed commentators.

The Force scored a late consolation try but it wasn’t enough as the Brumbies comfortably won 27-11.

You can catch up on highlights from the match below