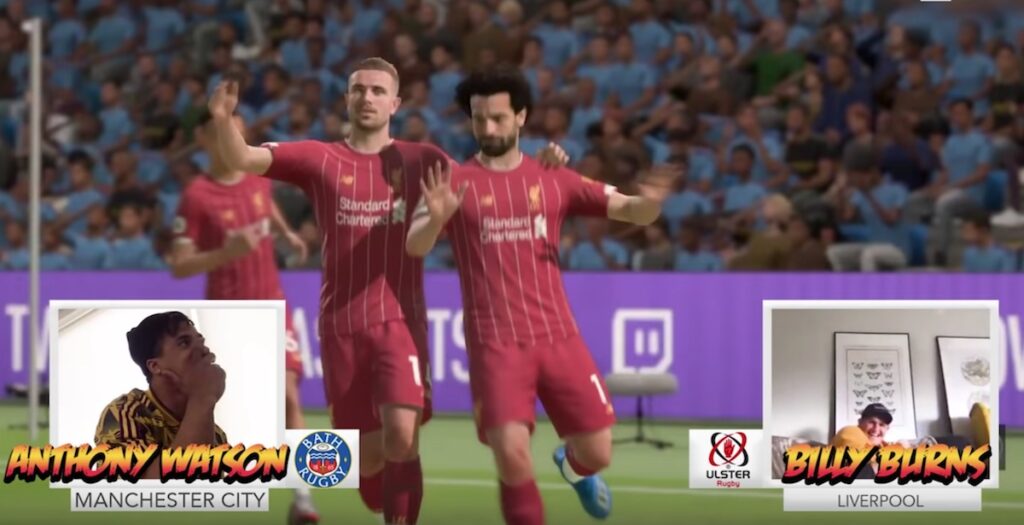 Anthony Watson got smashed 3-0 against Ulster’s Billy Burns in the Rugbypass Fifa competition.

Watson and Burns were playing for a spot in the quarter-final of the online competition and Burns went into half time 1-0 up despite Watson totally dominating the first 45 minutes.

The England star was playing as Manchester City and unlike his scoring prowess in international rugby, his finishing skills let him down against Burns’ Liverpool.

The Ulster fly half went completely agains the run of play to beat Watson and reach the next stage of the competition.

Other rugby stars participating in the competition include Marcus Watson, Tom Curry and Mako Vunipola and games will be released daily via Rugbypass channels.