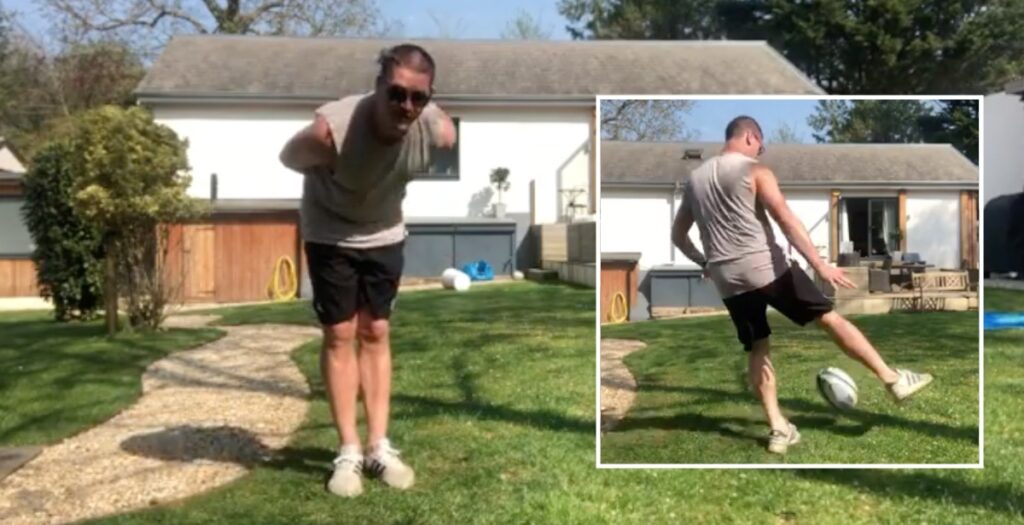 Bath and former England fly half Freddie Burns has continued the trend of social media trick shots during self isolation.

The 29-year-old filmed himself at his West Country pad on Good Friday performing a lovely flick up before slotting a perfect drop kick into a bucket about 10 metres away.

Burns was sporting a new shaved lid, probably a side effect of isolation boredom, and last week the former Gloucester and Leicester out half suggested on the Rugby Pod that he’s on the move at the end of the current season, whenever that is.

Burns made more than 100 appearances for Gloucester before spending three seasons with Leicester. In 2017 he joined Bath and although he’s unlikely to ever play for England again, he earned five caps at the start of the last decade.