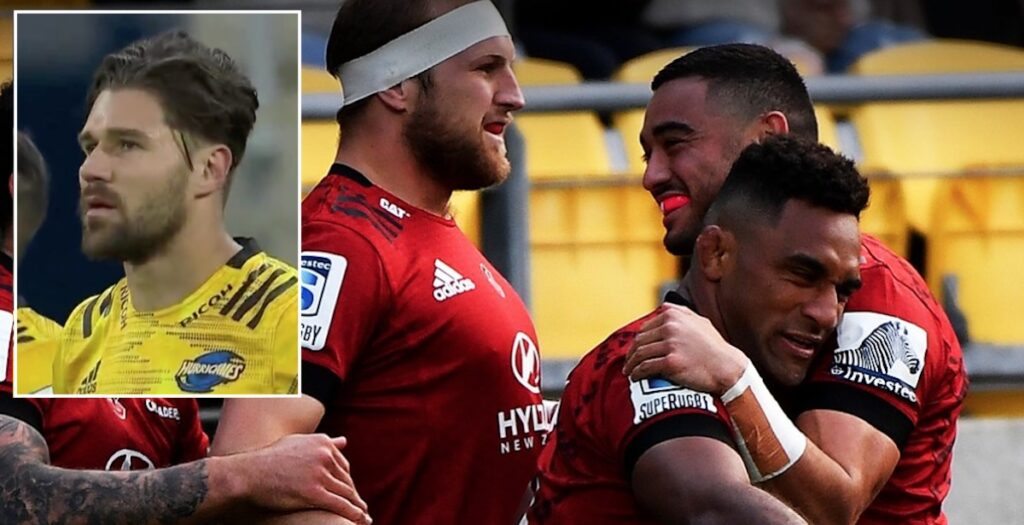 Hurricanes replacement Kobus van Wyk made a howler of a mistake in the closing stages of Sunday’s defeat to the Crusaders in Super Rugby Aotearoa.

The 28-year-old South African came onto the pitch in the 62nd minute in Wellington and shortly after he gifted the Hurricanes a try with the scores even at 25-25.

Van Wyk was covering a grubber kick on his own five metre line, but instead of clearing the ball into touch he tried to take on the chasing Crusaders players and was pushed towards the touchline.

The replacement then tried to keep the ball alive but instead of finding his teammate the ball went straight into the arms of Crusaders scrum half Mitchell Drummond, who fed Richie Mo’unga to score in the corner.

The All Blacks fly half converted to give the visitors a seven point lead which they added to late on to come away with a 25-39 win at the Sky Stadium in round two of the competition.

Van Wyk signed with the Hurricanes in 2020 from the Sharks and hopefully this error doesn’t linger too long in his memory.