WATCH: Carl Fearns knocking blokes down on and off the pitch 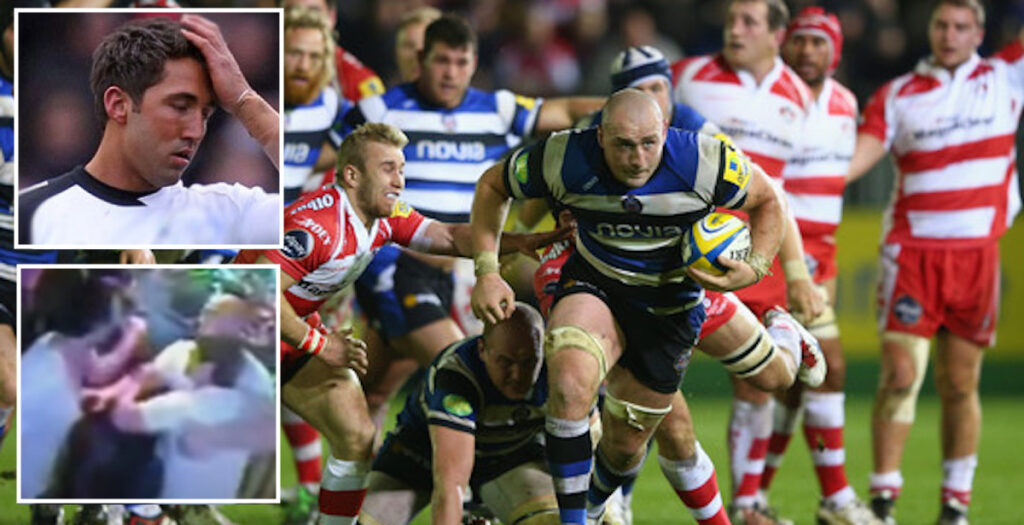 Carl Fearns recently made headlines for announcing his decision to leave French Top 14 side Lyon after five years.

The 30-year-old became a popular star at the French club and recently posted a video of him fighting bouncers after his side beat Racing 92.

Always knew I should of had a crack at league. Get to your front lads 😉 pic.twitter.com/VckjUL4M5D

However one of his most infamous career highlights came in 2013 when Fearns knocked out Welsh legend Gavin Henson with a single punch in a bar in Bath city centre.

Henson had only been with the West Country club for a month when he met Fearns for the first time on a Bath team bonding session.

The incident was caught on CCTV and both players were fined for their actions. In 2017 Fearns talked about the incident for the first time to the Daily Mail.

“That night was the first time I met him,” said Fearns. “I reckon if I’d had a week with him at the club, I would have understood that is not really him. When he’s not drinking he’s an absolute legend, and if I’d known that I probably wouldn’t have done what I did.”

Fearns made more than 100 appearances in the Premiership with Sale Sharks and Bath before joining Lyon in 2015.

WATCH: Carl Fearns knocking blokes down on and off the pitch | RugbyDump - Rugby News & Videos