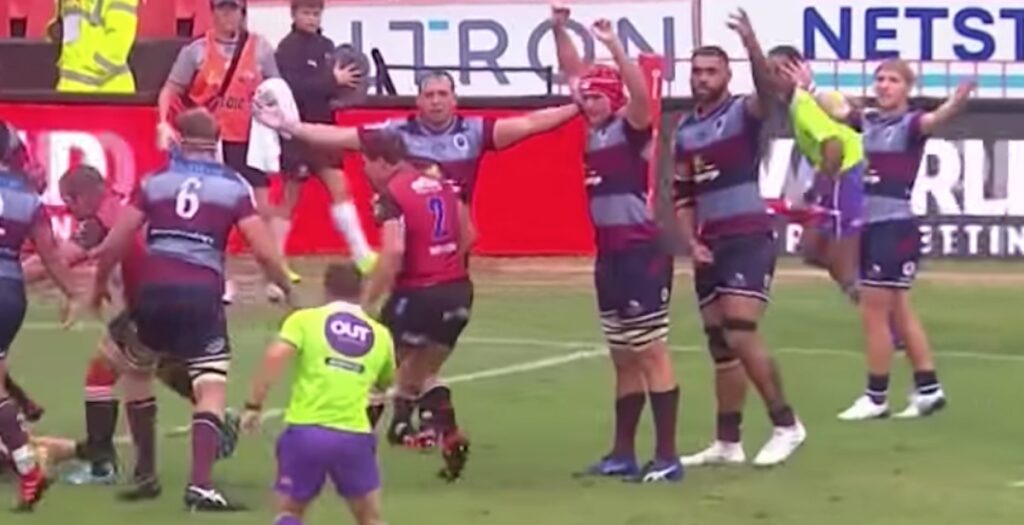 The Queensland Reds pack were left red-faced after some clever maul defence went wrong against the Lions in Super Rugby on Saturday.

The Lions had an attacking line out five metres from the Reds’ try line in the final play of the first half at Ellis Park when they set up a driving maul.

The Reds pack then made the decision not to compete for the line out and deliberately not touch the Loins pack in the hopes of winning a penalty for obstruction.

This allowed the hosts to roll over the try line unopposed and score a try, which referee Jaco Peyper deemed legal because one member of the Reds pack touched a Lions player meaning the maul had formed.

This try helped the hosts to a 27-20 win in round two of Super Rugby. Full match highlights are available below: