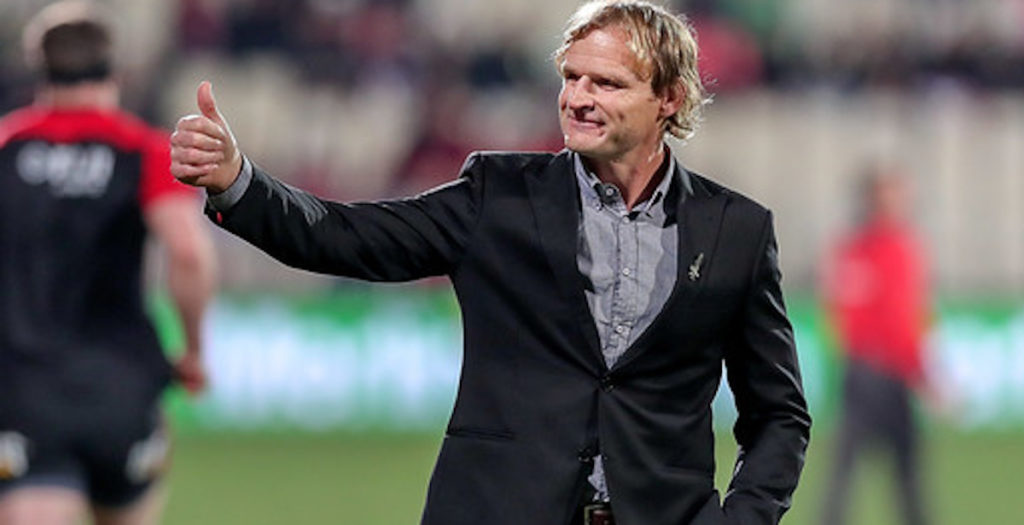 Crusaders head coach Scott Robertson preformed yet another dance routine after his side won their third successive Super Rugby title on Saturday with a 19-3 win against Jaguares in Christchurch.

The former All Blacks and Crusaders flanker also had a stint as a full time breakdancer, which he demonstrated after the trophy was presented to the Christchurch franchise for a 10th time.

A try from hooker Codie Taylor and four penalties from Richie Mo’unga helped the Crusaders secure a cultured win to lift the trophy.

However this was just the first Super Rugby final for the Jaguares, who despite only scoring three points, had several big opportunities to cross the try line throughout the 80 minutes.

Pumas back rower Pablo Matera was awarded man of the match despite being on the losing side, but it was the kicking tactics of Joaquin Diaz Bonilla that were questioned by commentators and pundits in Christchurch.

Many of the players from Saturday’s final will reunite in two weeks when the Rugby Championship kicks off, with Argentina hosting the All Blacks in round one.