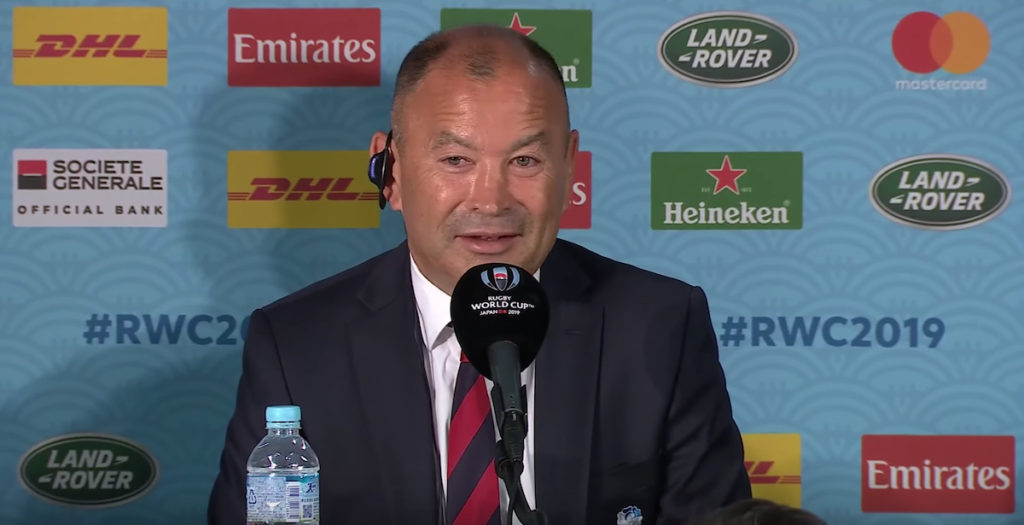 England head coach Eddie Jones conceded that South Africa was the better side during Saturday’s World Cup final in a post match press conference in Japan.

South Africa won 32-12 in Yokohama and Jones said he was “full of admiration for the players” despite watching the Springboks lift their third World Cup title.

“We should be remembered as he second best team in the world, because that’s what we are,” said Jones. “The players prepared tremendously well for this tournament and they played with a lot of pride and passion, but ultimately came up short today.”

Jones admitted that he wasn’t sure why his side lost the final but said the only thing he was concerned about right now was “having a few beers”.

Captain Owen Farrell expressed his frustration that England failed to get a foothold in the game, particularly in the first half.

Watch the full press conference below: