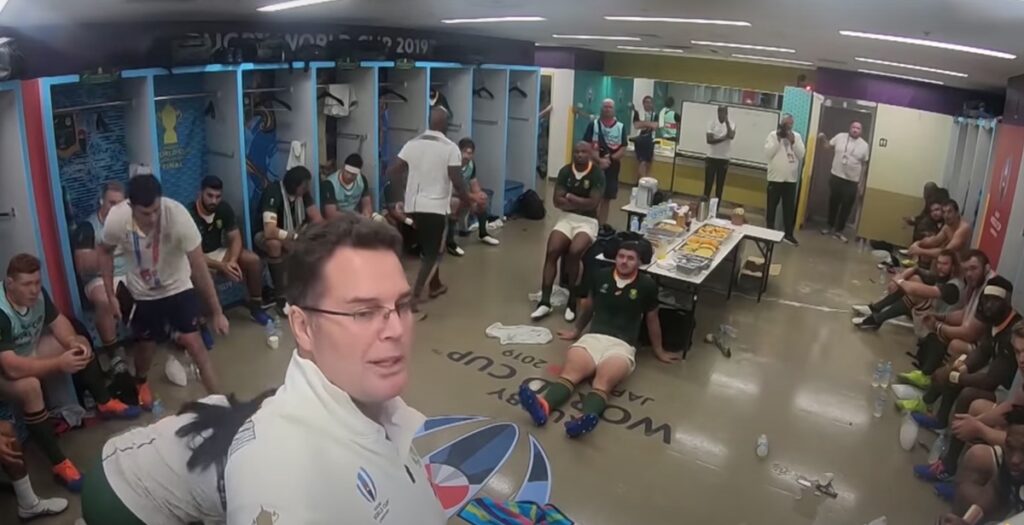 Fascinating footage has been released showing Rassie Erasmus’ team talk to his Springboks side at half time during the 2019 Rugby World Cup final in Yokohama.

Erasmus singled out his side’s body language as a work on and also told his team to take on England physically rather than trying to out-pass them.

The footage shows how effectively Erasmus communicated with his players during the half time break and captain Siya Kolisi, Duane Vermeulen and Handré Pollard also reflect on how they reacted to his words back in October.

The Springboks went into half time with a 9-6 lead and ran away in the second half with two tries to win the game 32-12 and lift their third World Cup trophy.

Erasmus retired after winning the trophy and will go down in history as one of the game’s great coaches.

Highlights from the final are available below: