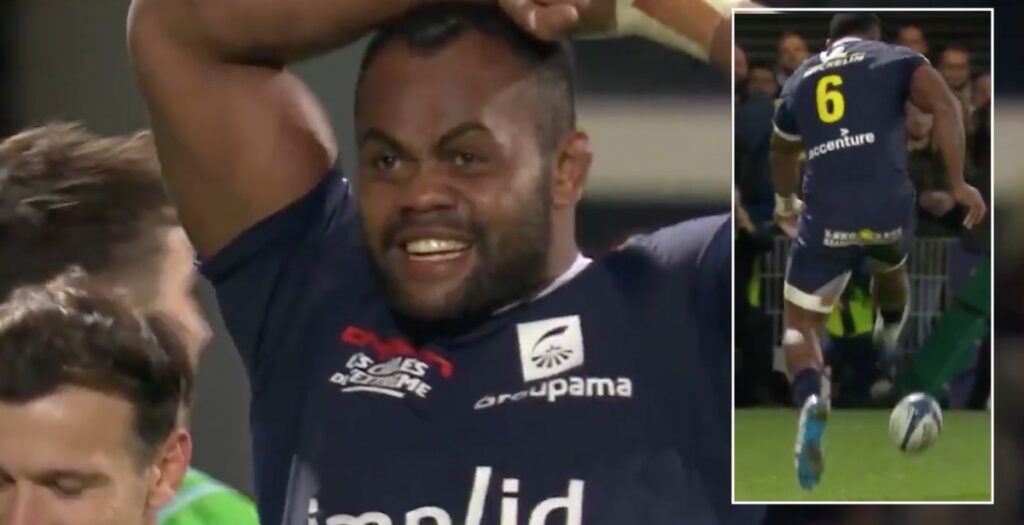 Clermont flanker Peceli Yato produced one of the funniest moments of the season when he attempted a kick against Harlequins on Saturday night.

The Fiji International tried to kick the ball back in-field with the outside of his boot but instead took a complete air shot.

BT Sport commentator Ugo Monye was laughing when he saw the replay and even Yato himself had a smile on his face.

The 26-year-old scored a brace of tries in the first half to help Clermont win the game 53-21 at Stade Marcel-Michelin in the opening weekend of Champions Cup rugby.