WATCH: Foden caught out by crossbar in FREAK try in Las Vegas 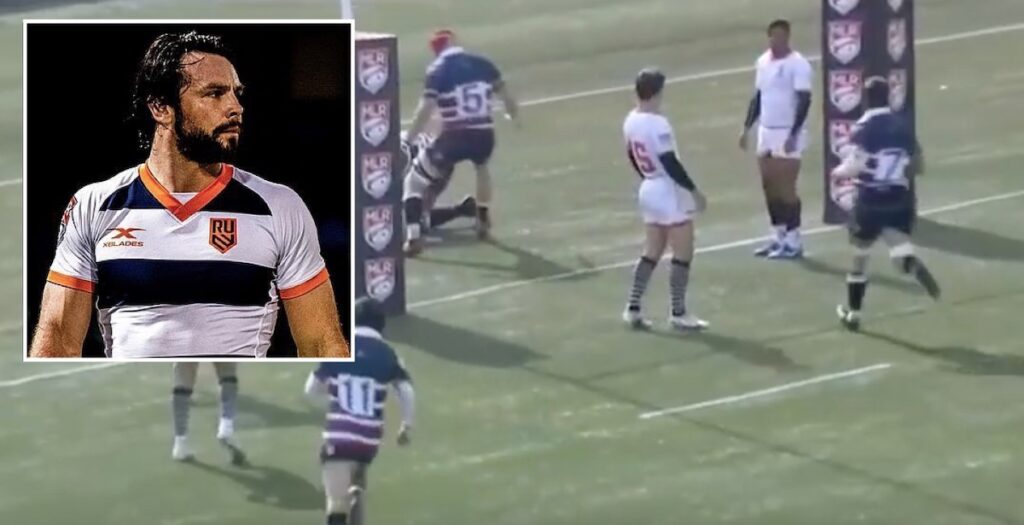 Former England full back Ben Foden was caught out by the cross bar during a Major League Rugby game earlier this season.

New England Free Jacks hosted Foden’s Rugby United New York side in Las Vegas in February when one of the unluckiest moments of his career unfolded.

The Free Jacks launched a towering up and under outside their 22-metre line which was caught in strong winds and landed 50 metres down field.

Foden was ushering the ball down towards his own try line hoping the ball would go dead, however it took a big bounce and ricocheted off the cross bar and straight into the arms of the Free Jacks number eight who scored under the posts.

The former Northampton Saints star was left bemused by the incident and the hosts went on to win the game 34-14.

Foden joined Rugby United New York in 2019 having made 300 appearances in the Premiership and won 34 England caps during his time with Northampton and Sale Sharks.