WATCH: Footage of Robshaw and co drinking in pub ahead of Babaas fixture 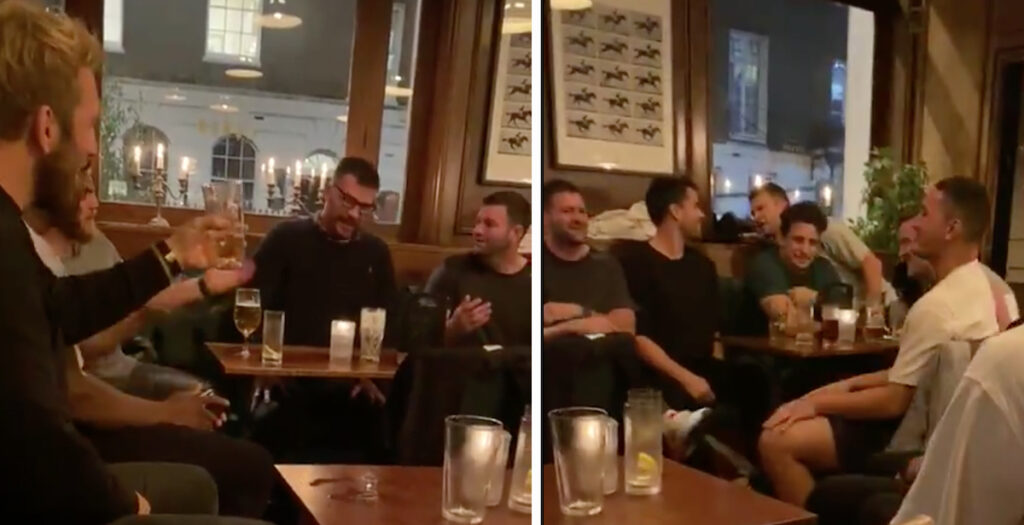 Raw footage of Chris Robshaw and his Barbarians teammates drinking in the pub has emerged on social media.

Robshaw was one of 12 players dropped by the team earlier this week for breaching the Covid-19 regulations along with Richard Wigglesworth, Sean Maitland and nine others.

The video shows the players socialising in a pub which led to them being dropped from the squad and ultimately causing the cancellation of Sunday’s fixture against England.

England v Barbarians is off pic.twitter.com/g9kJahdQsr

England – Barbarians match off after players break team rules to go out on the town.

Some Saturday morning reading and my column for @RugbyPass looking at how much Robshaw and co have let the rugby community down. Have a read 👇🏼https://t.co/JllC4N0vY5

The Barbarians situation is a great shame. But no player has done anything on purpose. And they will be beside themselves with embarrassment. They recognise the honour that has been lost more than any of us. It is regretful and disappointing but let’s move on.