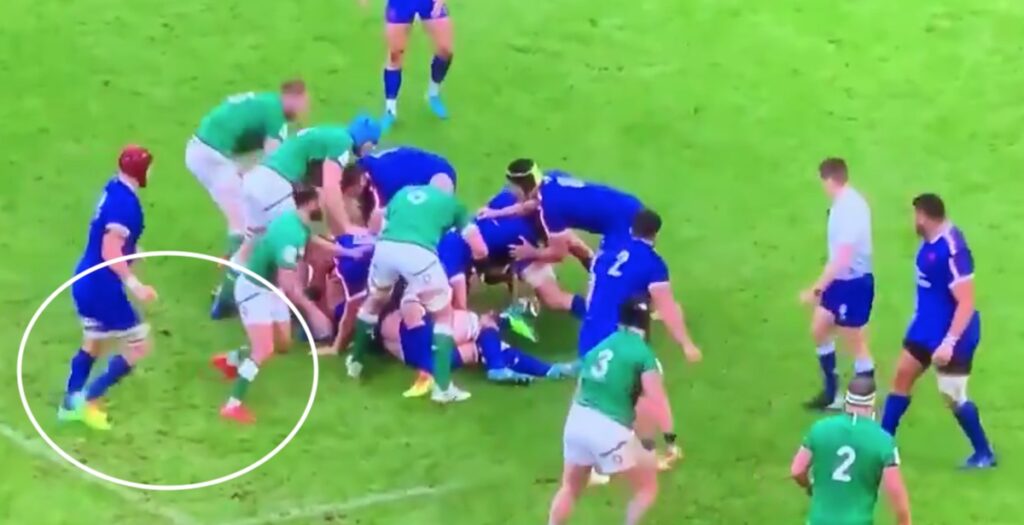 French second row Bernard Le Roux put in a cheeky trip on Ireland scrum half Jamison Gibson-Park on Sunday having already been sin binned for the same offence.

The lock was shown a yellow card for tripping Keith Earls in the 24th minute and then in the final play of the first half attempted to repeat the same offence on Gibson-Park.

The latter of the two offences went undetected by referee Luke Pearce but had it been spotted, Le Roux would likely have received a second yellow card at the Aviva Stadium in round two of the Six Nations.

When you’ve already been given a yellow card for tripping you think Bernard Le Roux might have learnt his lesson?! He has another go with the last play of the half!! Watch the bottom left of your screen, yellow boots red scrum cap 👇🏼 pic.twitter.com/5OI7Su0EUt