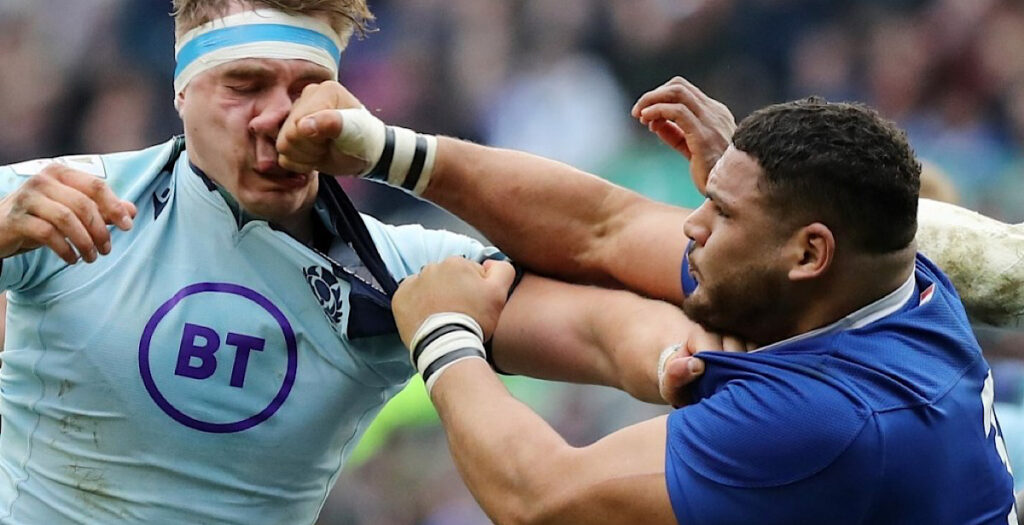 French tighthead prop Mohamed Haouas was given a straight red card for throwing a punch in Sunday’s Six Nations clash at Murrayfield.

The 25-year-old was involved in a small brawl under the French posts when he was caught on camera punching Scotland flanker Jamie Ritchie in the face.

Haouas left the pitch in the 36th minute which cost the French a possible Grand Slam and maybe their first championship since 2010.

Haouas plays for Montpellier in the French Top 14 and made his debut for France in this year’s Six Nations.