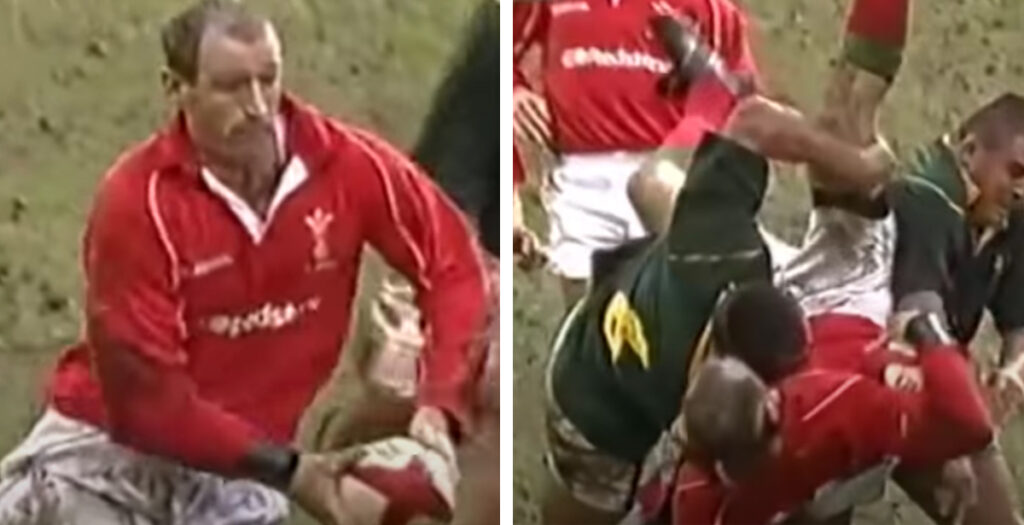 Back in November 2000 Wales legend Gareth Thomas received one of the biggest hits of his international career against the Springboks at the Millennium Stadium.

The winger attempted to beat South African flanker Corné Krige on the outside which resulted in a huge tip tackle in front of 75,000 fans in Cardiff in the final minute of the game.

While the challenge would almost certainly be a straight red card by today’s standards, the tackle split the opinion of the BBC commentary team Bill McLaren and Jonathan Davies.