WATCH: Hamilton lands one of the biggest punches in Premiership history 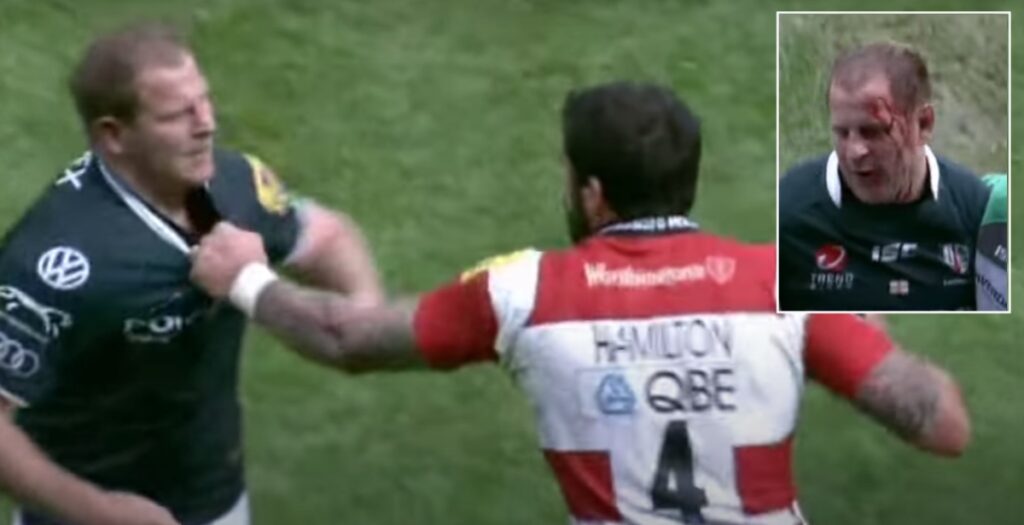 In 2012 Scottish international Jim Hamilton and London Irish hooker David Paice were suspended for seven weeks after a huge punch up in a Premiership clash.

Hamilton instigated the fight by pushing Paice from behind during open play and the hooker then chased after the Scottish lock, grabbed hold of him and swung the first punch.

The 6ft 8” Gloucester enforcer lost it and threw a series of heavy blows which sparked handbags from both sides in the centre of the pitch at the Madejski Stadium.

The situation diffused and the two players were shown yellow cards, but as they walked towards the touchline Paice passed a comment to Hamilton which tipped him over the edge. He grabbed Paice by the collar and threw a brutal right right hook which connected with his face.

This led to a mass brawl at the side of the pitch with players from both sides swinging wildly as the match officials desperately tried to calm things down.

Paice was eventually helped down the tunnel by a teammate covered in blood, but was later recalled to the touchline by the referee who upgraded the pair’s punishments to a red card each.