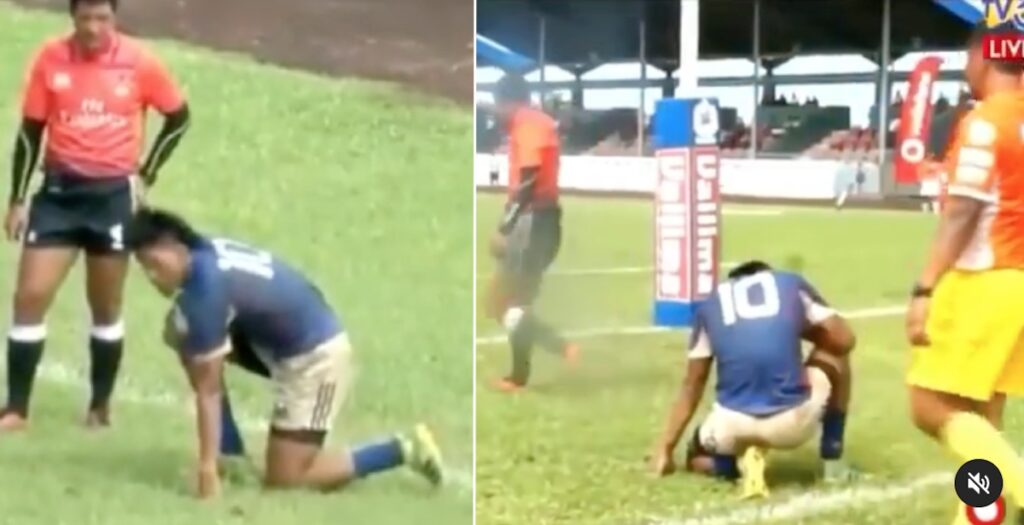 During this weekend’s Marist 33rd International Sevens tournament in Samoa the Faleolo Jets number 10 produced one of the most embarrassing try fails you’re ever likely to see.

Faleolo were down by four points in the second half against Tepatasi when the number 10 ran under the posts to score a try and take his side into the lead.

In an effort to run down the clock he took a knee and invited the opposition to chase him down, but just as he was about to dot it down the ball popped out between his legs and went dead.

The Tepatasi players celebrated while the local commentators burst out laughing at the Faleolo player, who remained on one knee hanging his head in embarrassment.

Luckily for him Faleolo went on to win the game 14-17 and eventually reached the final of the competition where they lost 12-5 to the Matniuel Laulii Lions.