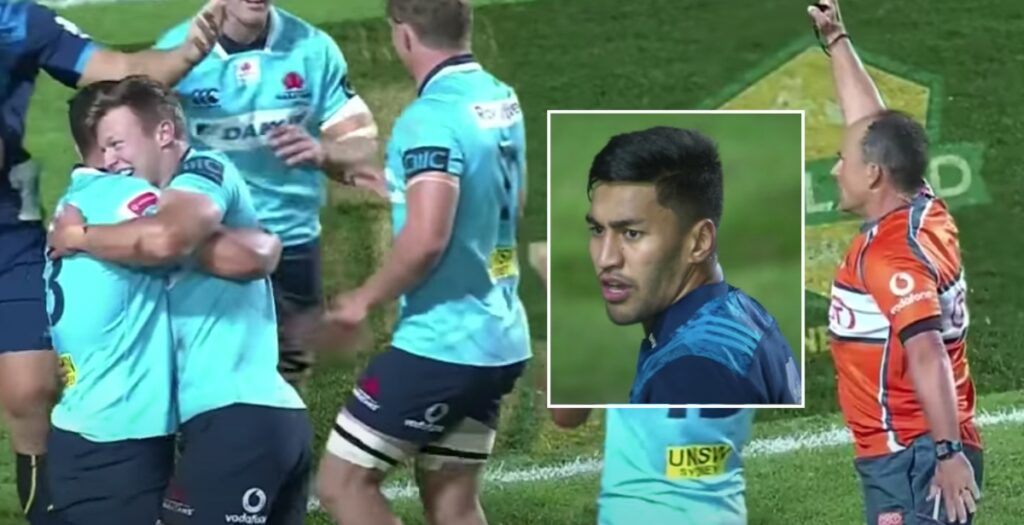 Waratahs winger Cam Clark produced one of the greatest ever try-saving tackles on All Blacks speedster Rieko Ioane during a Super Rugby game in 2018.

Ioane had a clear run for the line from his own 22-metre-line but got pulled down by Clark just five metres short having been chased all the way.

Ioane still managed to regather his feet and score the try, but as his Blues teammates raced to congratulate him, referee Jaco Peyper ruled out the try and awarded a penalty to the Tahs saying that Clark had successfully completed the tackle on Ioane.

The All Black was therefore penalised for not releasing the ball and instead it was the Waratahs who gathered around their teammate to celebrate.