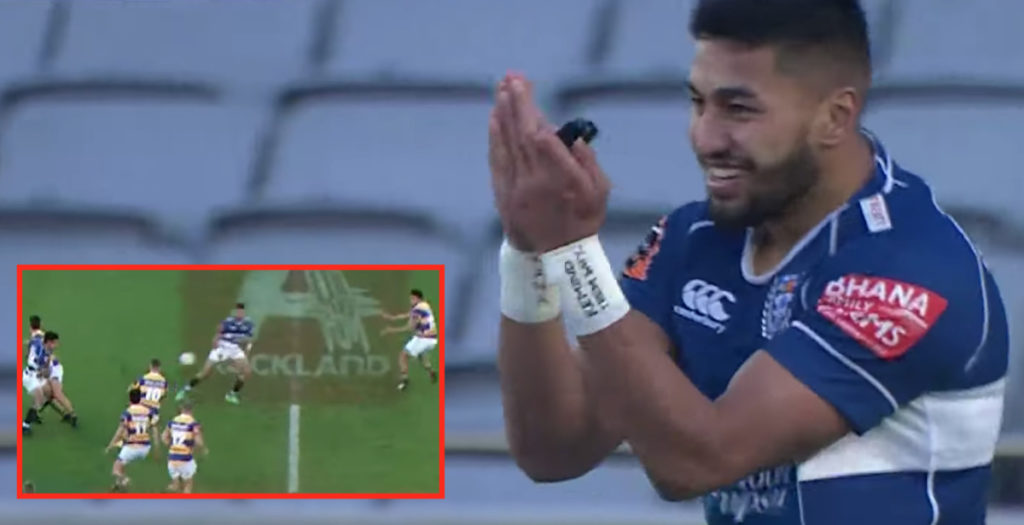 All Blacks winger Rieko Ioane made one of the easiest interceptions of his career playing for Auckland in the Mitre 10 Cup.

The 22-year-old, who already has nine caps for New Zealand, represented Auckland on Saturday in round three of the Mitre 10 Cup against Bay of Plenty at Eden Park in the run up to the All Blacks World Cup selection on 28 August.

Following a Bay of Plenty lineout, Ioane spotted an obvious pass in midfield as fly half Jason Robertson basically gifted the winger a try in the first half.

Ioane ran the ball in under the posts to score his side’s third try of the game and despite not scoring in the second half, Auckland went on to win the game 19-13 and retain ‘The John Drake Boot’ trophy, full match highlights are available below: