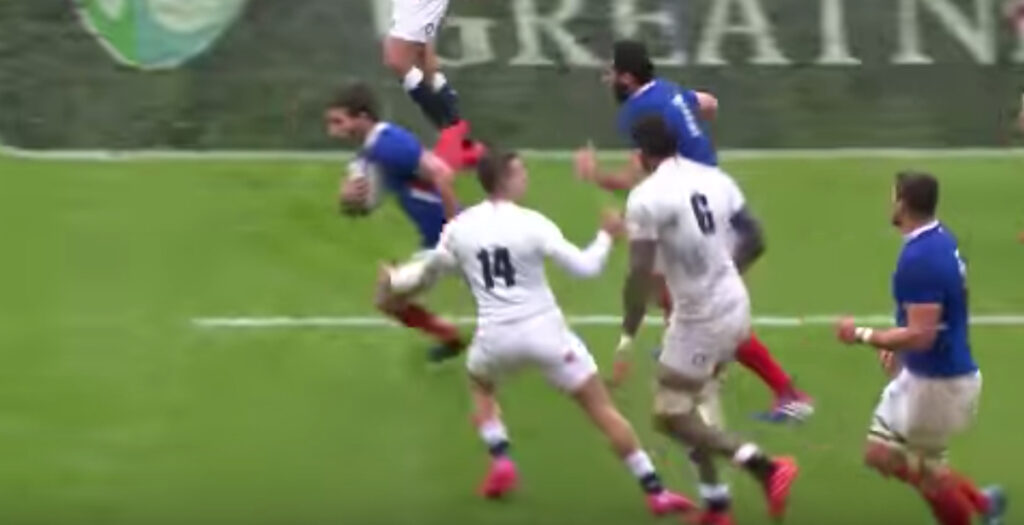 England winger Jonny May had a moment to forget against France in Sunday’s Six Nations clash.

The 29-year-old stopped chasing a French attacker because he believed the ball had been knocked-on in the collision by a Frenchman.

Despite the English protests, referee Nigel Owens awarded the try and left England fans irritated that May gave up chasing down the player.

The game finished 24-17 to the French in Twickenham on the opening round of the 2020 Six Nations.

Jonny May school boy error, play to the whistle man!

Jonny May not playing the whistle… 😬