WATCH: Laumape howler leads to simplest of tries for opposition 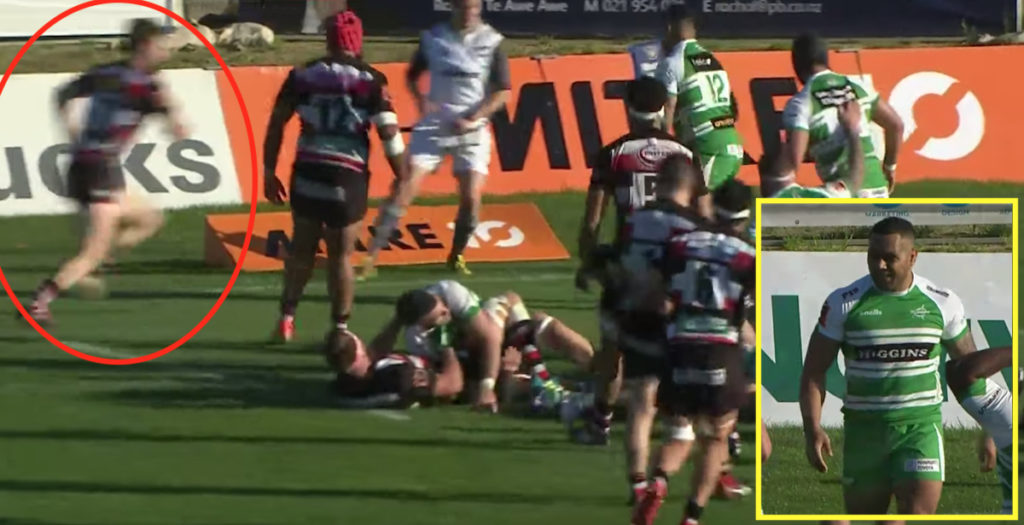 Former All Blacks centre Ngani Laumape was left red-faced when he was charged down on the brink of half time in the Mitre 10 Cup.

Laumape was representing Manawatu when he attempted a simple clearance kick into touch to conclude the first half against Counties Manukau, before he was charged down by the opposition winger who stole a try in the corner.

Fortunately for Laumape, Manawatu went on to win the game 33-17 meaning they now sit fourth in the Championship after 10 rounds.

The 26-year-old centre has represented the Hurricanes more than 60 times while also earning 15 caps for New Zealand and during Saturday’s game Laumape also scored a brilliant individual try. Full match highlights are available below: