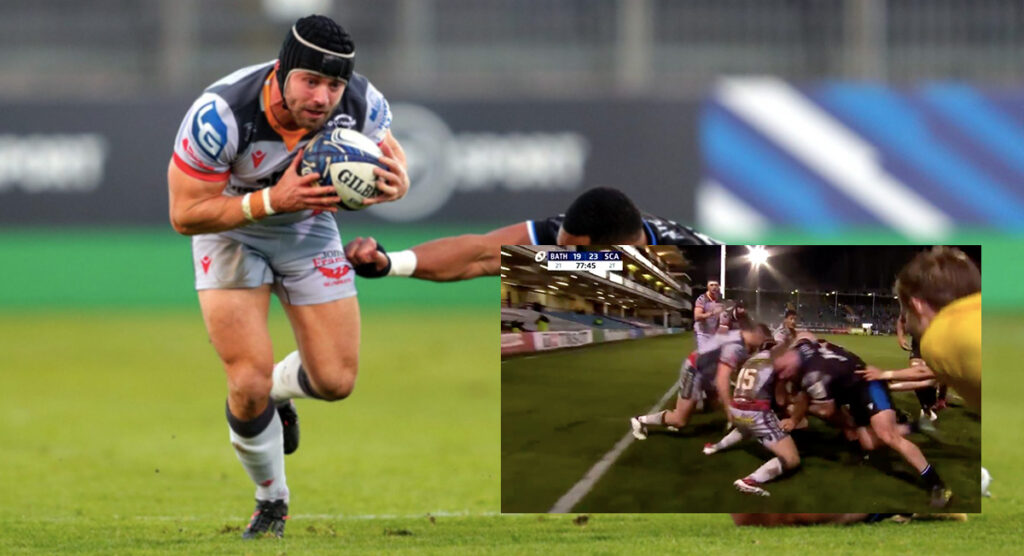 Leigh Halfpenny is highly regarded as one of the best defensive fullbacks in world rugby and his work rate was on display once again in his side’s 23-19 win over Bath.

With time winding down, Halfpenny doggedly denied Bath fly-half Josh Matavesi a try after perfectly positioning himself to hold up Matavesi’s grounding effort.

These types of plays have become commonplace from the Wales fullback. Earlier this year, we saw him make what could possibly be described as one of the greatest try-saving tackles ever seen. He’s never shy to put his body on the line time and again, as his long list of injuries will tell.

Halfpenny also did his part with the boot, kicking three penalties and two conversions in his side’s win. The win has come under a slight cloud of controversy, however, as questions have been raised about Bath’s disallowed try late in stoppage time.