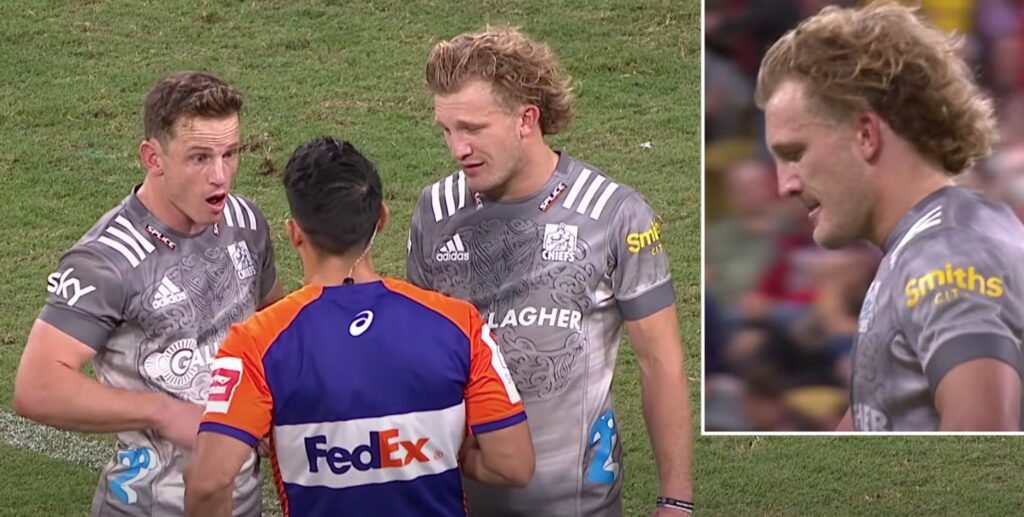 The Chiefs playmaker was sent off in the first half for a high tackle on Reds scrum half Tate McDermott at Queensland Country Bank Stadium.

Referee Nic Berry deemed that McKenzie failed to hinge at the hips before making contact to the head of McDermott and therefore no mitigation was given.

Red for Damian McKenzie after making direct contact to the head 🟥

McKenzie’s red card handed the Reds a huge advantage for the majority of the game, which they took full use of to win 40-34. Full match highlights are available below: