WATCH: Montage shows why Ritchie could be future Scotland CAPTAIN 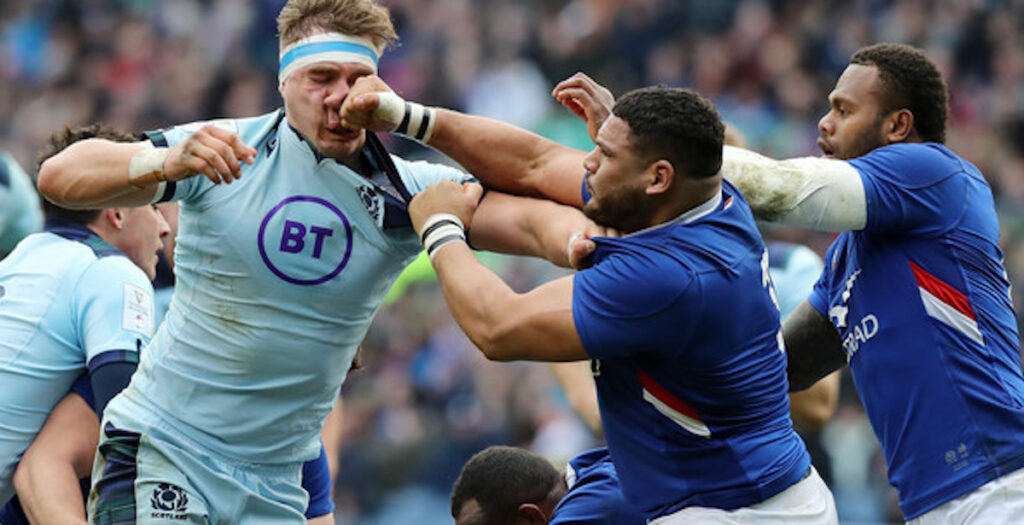 Scotland back row Jamie Ritchie made headlines during the Six Nations for taking a punch from French prop Mohamed Haouas.

However since then former Scotland international Jim Hamilton has described Ritchie as a potential future captain for the Scots because of his leadership and ferocious playing style.

The 23-year-old broke into the Scotland squad in 2018 and has since earned 20 caps for his country. One of the flanker’s most memorable performances was during Scotland’s defeat to Japan in last year’s World Cup and his form for Edinburgh kept him firmly in the squad for this year’s Six Nations.

Here is a montage of some of Ritchie’s best moments for club and country which make him one of Scotland’s most promising young talents.