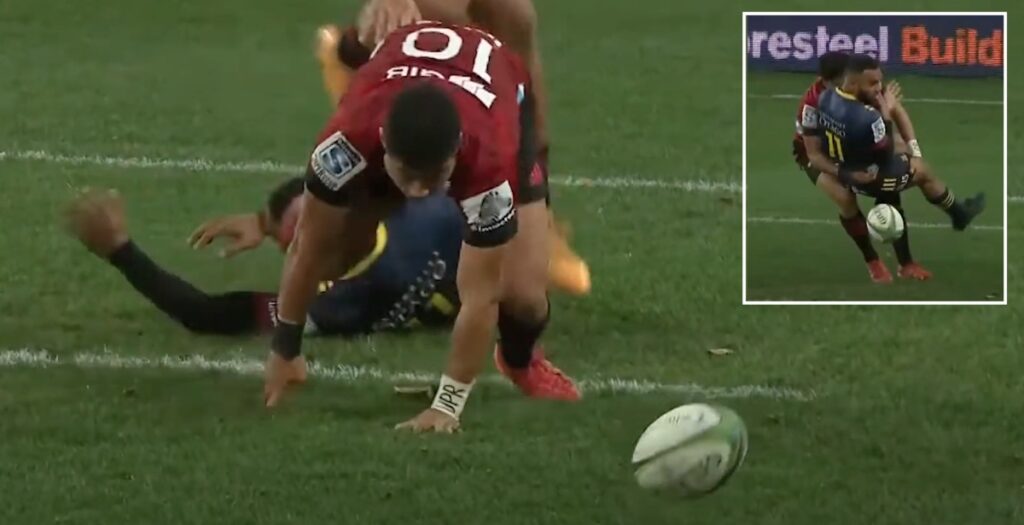 The Highlanders had a penalty advantage and a three-man overlap which looked a guaranteed try for the home side in Dunedin when Mo’unga came to the rescue.

Winger Jona Nareki had two men outside him but rather than giving the pass he delayed, which gave Mo’unga the chance to cut in and smash Nareki to prevent the score.

A try would have taken the Highlanders back into the lead with just over 20 minutes left but instead they took the three points from the penalty and then failed to get on the scoresheet for the rest of the game.

From that point the Crusaders took control of the game, running away with a 20-40 win at Forsyth Barr Stadium.