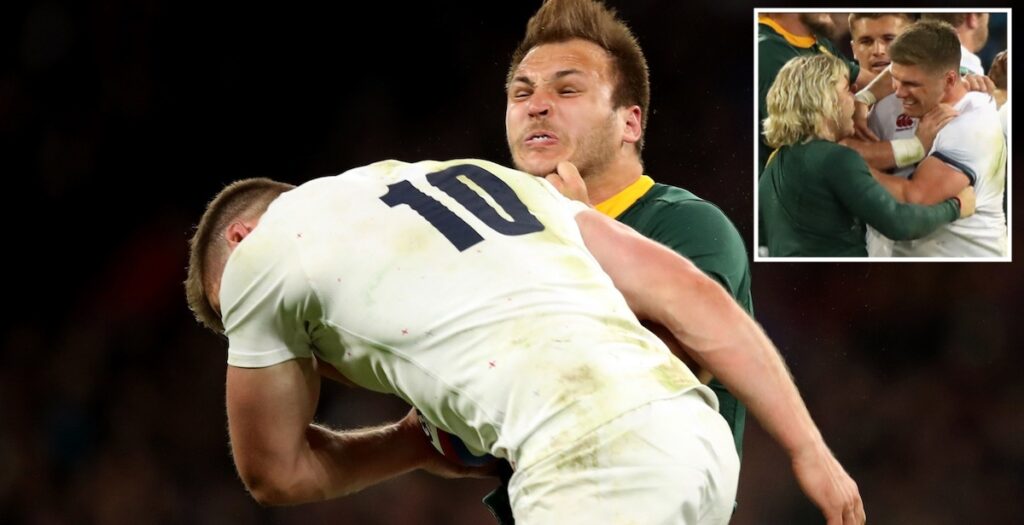 A YouTube montage called ‘The King of the Jungle’ featuring some of Owen Farrell’s biggest tackles against the Springboks has upset lots of South African fans.

The video is a build up to the 2021 British & Irish Lions tour and shows the controversial tackles Farrell has made in recent performances against the Springboks as well as his highlights from the 2017 tour against the All Blacks.

At the end of the video it says Farrell is “coming for blood” in South Africa next year for a three-nil series win.

The last time the Lions played South Africa was back in 2009 when they suffered a 2-1 series defeat. They have since gone on to win 2-1 in Australia and draw against the All Blacks over three test matches.

Farrell, 28, has represented England 83 times and earned four test match caps for the Lions across two tours. The Saracens fly half received a lot of criticism for his tackling technique the last time South Africa visited Twickenham and he was later ridiculed by Springboks fans after Cheslin Kolbe stepped inside him during the World Cup final last year.

This video, created by Supercut Nation, is probably an upset English fan wanting their own-back for 2019.