WATCH: Parisse and Nonu hold back teammate from referee confrontation 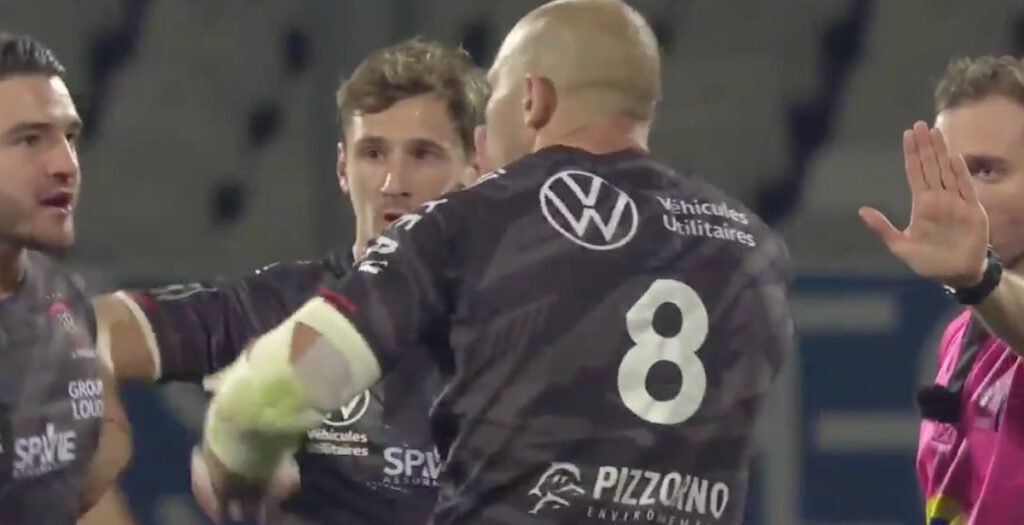 Toulon stars Sergio Parisse and Ma’a Nonu had to hold back their teammate Théo Dachary after he confronted a referee during Saturday’s Top 14 game against Bayonne.

Dachary was upset by the official’s decision late on in the game and after laying his hand on the referee’s shoulder he was pushed back by Parisse to avoid being punished.

All Blacks legend Nonu also jumped in to calm down Dachary and keep him away from the referee  in the closing minutes of the game at Parcking Stade Jean Dauger.

Despite the leadership qualities of Parisse and Nonu, it was Bayonne who went on to win the game 35-29, leaving Toulon fifth in the Top 14 table after eight rounds.