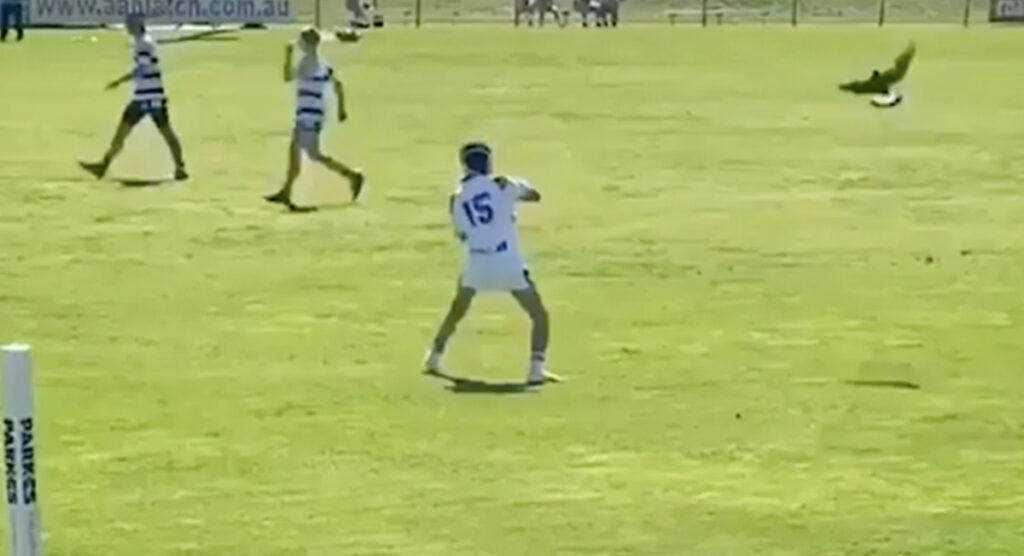 In what perhaps can accurately be described as one of the funniest things you’re likely to see on a rugby pitch, young league player Jack Skinner of Parkes Spacemen was relentlessly attacked by a crazed magpie. Thankfully, the encounter was caught on film and has now gone viral.

There are several things that make this comedy gold. First is that it happened at all. However, those unfortunate enough to have been dive-bombed by birds may have a different opinion.

Second, his attempts at swatting the bird away are woefully ineffectual and only seem to make matters worse.

There’s poor Jack, stumbling and swatting, all the while, the match goes right along. Not a single soul even bothers to help him until it’s too late.

His coach had seen enough and presumably decided to take him off for his own safety.

Apparently, this is what the bird wanted all along as it finally disappears. Job done. His mates will surely see to it he won’t soon live this down.

Perhaps the best part of the whole story is the name of the opponent – The Magpies.