WATCH: Pollard nerves of steel earn draw with All Blacks 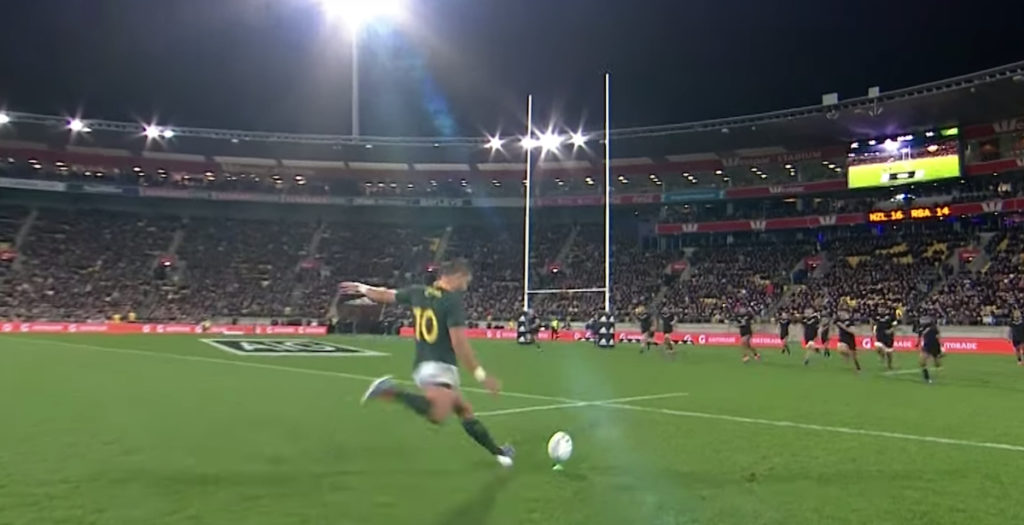 South Africa drew 16 – 16 with the All Blacks in Wellington on Saturday thanks to a last minute converted try scored by replacement scrum half Herschel Jantjies.

Fly half Handre Pollard made the conversion with the last kick of the game, but the match stats suggest the visitors were fortuitous to snatch just their fourth ever draw against the All Blacks in 98 test matches.

Although South Africa had the majority of the ball in the first half, New Zealand dominated after the break with 71% territory and 67% possession.

The All Blacks made 16 clean breaks to South Africa’s four and beat 17 more defenders throughout the 80 minutes. The reigning world champions also ran nearly twice the distance with ball-in-hand and completed an extra 113 passes than South Africa.

It was a physical game too, with the Springboks being forced to make an extra 30 tackles at the Westpac Stadium, conceding an extra three penalties in the process.

It seems therefore that South Africa overachieved to earn a draw against the All Blacks, but nevertheless this result leaves them one point clear of New Zealand in the Rugby Championship after two rounds.