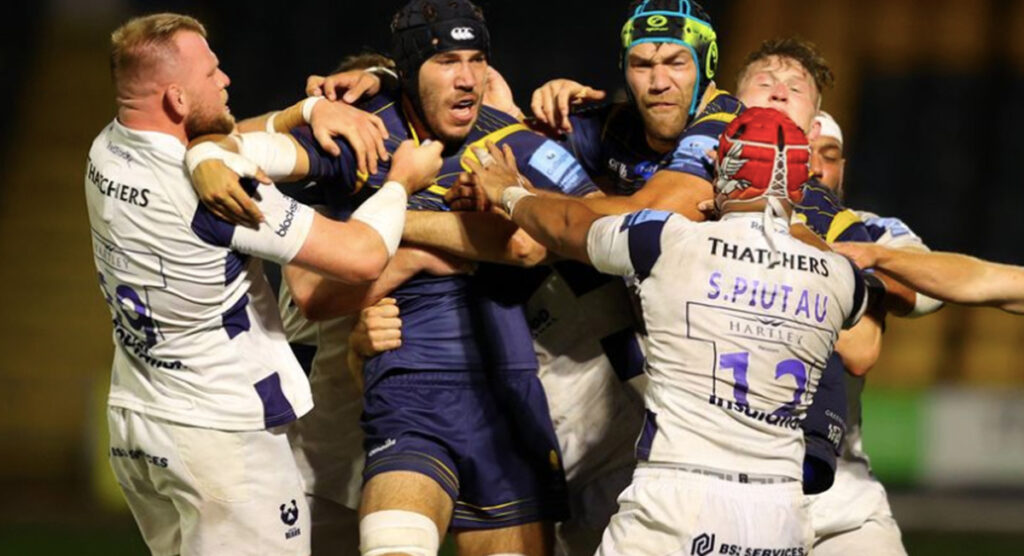 Bristol Bears got a well-earned 36-13 away win over Worcester Warriors on Friday night, thus staying on track for home semi-final hosting duties. Unfortunately, talking points from the match centered on the dustup between Siale Piutau and Andrew Kitchener, the latter receiving a straight red for his part.

Tempers were on edge after Worcester’s Ted Hill took exception to a thumping tackle from Piutau. More words were exchanged before things spilled over to punches.

Kitchener threw and missed before bodies went to the floor. Once there, Kitchener connected multiple times with Piutau’s head.

Wayne Barnes was left with little choice, reaching for red after describing a “Punch to the face when he’s on top of someone on the floor.”

For his part, Piutau was also shown yellow for his part in the initial melee.

Correct me if I’m wrong @RugbyWorcs but that’s a punch thrown by BRIS before kitch retaliates 😅 pic.twitter.com/UA6mPiqbjD

“The first half, I thought we played really well. We had a number of try-scoring opportunities.

“But the second half, we came out and turned over a plethora of ball and we ended up tackling the whole of the half… Full marks to Bristol – they deserved their win – but I think we made a rod for our own back with what we did.”